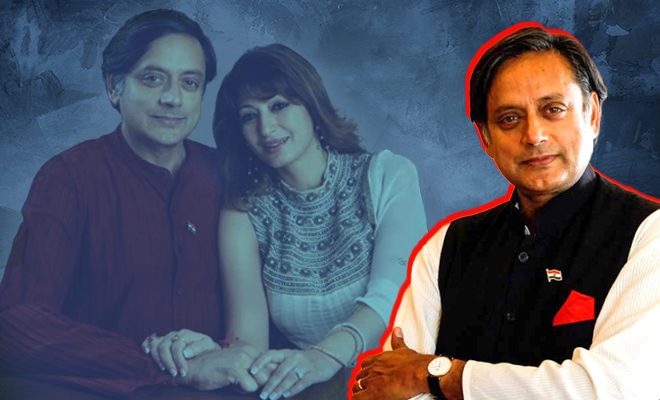 Facing the death of a loved one is hard. It breaks you from the inside while also leaving a void there. It’s like all the emotions that you’ve ever felt are all there at once and yet you feel nothing at all. But what do you do when you’re the one blamed for your loved one’s death? When you’re blamed for murdering your loved one? Just the way Sashi Tharoor was blamed. And now, after over seven years, the Congress leader gets clear of all the charges that were laid on him in his wife’s death case.

Recently, on the 12th of April, special judge Geetanjali Goel in the Delhi Court discharged Shashi Tharoor from all the charges in his wife Sunanda Pushkar’s death case. The Congress MP was charge-sheeted by Delhi police under Sections 498-A (husband or relative of husband of a woman subjecting her to cruelty) and 306 (abetment of suicide) of the Indian Penal Code (IPC). And when he was cleared of the charges, he released a statement regarding the case

The former union minister who was out on bail till now – Shashi Tharoor – released a statement about the final verdict of the Delhi Court. In his tweet, Shashi Tharoor wrote, “This brings a significant conclusion to the long nightmare which had enveloped me after the tragic passing of my late wife.”

In his statement, Shashi Tharoor has also gone ahead and shown his gratitude to the special judge Geetanjali Goel and his lawyers that helped him attain justice. He also was honest to add, “charges levied by Delhi Police were preposterous.”

What I think most of us related with his statement was when Shashi Tharoor stated that more often than not the process through which justice is attained in our country is the punishment. He and many more like him have and are waiting for years to get to justice. And they’re doing so because just like Shashi Tharoor, they believe in the justice system. Now being freed from all the charges laid against him, Shashi Tharoor can finally mourn and grieve the death of his wife in peace.