Salman Khan Had Said In 1999 That He Wanted To Get Married. Was He Thinking About Aishwarya Rai? 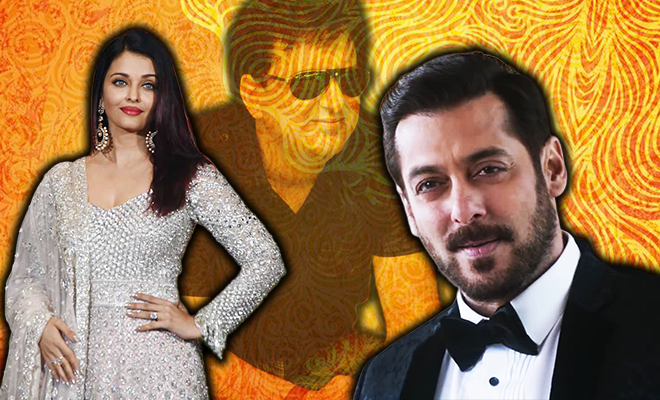 A lot of people would like to romanticise the relationship Salman Khan and Aishwarya Rai once shared. Because deep down, we crave drama. We love a hero that’s damaged and broken, more so, we romanticise lost love. No wonder our hormones rage when a fuckboi hits on us. Me? I am over that phase. Thankfully, Aishwarya Rai is too. But yes, their affair was strong and most talked about even when it was done and dusted. Recently, at The Kapil Sharma Show, Sajid Nadiadwala revealed how he and Salman Khan had sworn off the idea of marriage together. But in the year 1999, Salman Khan apparently told him that he would like to get married at some point. However, he revealed that few days before Sajid was getting married (in November 2000), Salman changed his mind.

Now, is it a co-incidence that Hum Dil Chuke Sanam happened in 1999 too? The mind is boggled. It’s possible that Salman was so head-over-heels in love with Ash (because who isn’t) that he actually changed his mind. Of course, she is one charming woman and it could make any man want to marry her. Hell, even a few women. But what we wonder is what happened in 2000 that he said he doesn’t want to marry? That time they were still together.

I got curious and researched on the timeline of their affair. We know that Aishwarya’s parents didn’t approve of Salman. Yet, she rebelled against them and started living separately. She even mixed well with Salman’s family and became close to his sisters. However, things began to go downhill because of Salman’s toxic behaviour. Aishwarya revealed in an interview, “I stood by him enduring his alcoholic misbehavior in its worst phases and in turn I was at the receiving end of his abuse (verbal, physical and emotional), infidelity and indignity.”

Apparently, Salman Khan had flown to the US to meet his ex Somy Ali without letting Ash know. And that had really pissed her off, understandably so. However, if you dig further into his past relationships, you’d see how he had a pattern of finding another partner without completely leaving the previous one. When he was engaged to Sangeeta Bijlani, he started dating Somy Ali. After spending five years with her, he moved on to Aishwarya while he was still with Somy.

Sources said that Salman was going all crazy because he wanted Aishwarya to promise marriage to him but she wasn’t ready. Which is probably why, he took his words back. In fact, on a November night in 2001, he landed at her doorstep in an inebriated state and banged the door for hours. He even threatened to jump off the building if she didn’t let him in. Interestingly, in one of her September 27, 2002 interview she revealed that they had broken up in March 2001. The next day, his Toyota Land Cruiser met with the infamous accident in Bandra. The dots connected all too well.

ALSO READ: Salman Khan ‘For Dignity There Is Another Platform’ To Koena Mitra. Oh, Come On Salman!

Aishwarya Rai had since then often said in interviews that Salman Khan beat her up on several occasions but he denied the accusations. I think it’s great that she found a great partner in Abhishek Bachchan and Salman realised that he is not really cut out for marriage. Good, that ended well.

Akshaye Khanna Said He Isn’t Cut Out For Marriage And Children. We Love His Honesty!(Opens in a new browser tab)