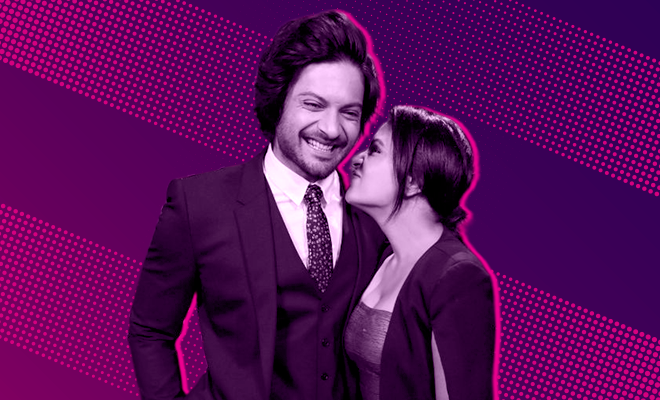 It is not a secret that Indian society is obsessed with marriage. I mean, I am 23 years old and my parents have already had people come up to them asking if they were looking for a guy for me. I am only realizing exactly how deep this obsession runs though. Even today as most women are expected to put their whole lives on hold as soon as they turn 25 to find a suitable man to marry, I am here, still trying to fully understand these aspects of the concept.

That is why, when Richa Chadha talked about her thoughts on her and Ali Faizal getting married and said that they are waiting for the right time, it completely resonated with us. She said, “We don’t have time. If we were to talk about marriage, it will be like… I don’t have dates in March, May is too hot, we are shooting a film in June, it rains too much in July. It will become like a line production job. We are waiting and chilling, and we are in a happy space.”

Now, my grandmother would say that they are both 33-years-old and it is high time they “settle down”. But what difference does it make, they are happy right now. They don’t need a marriage certificate to show their commitment to one another.

Also Read: Richa Chadha And Ali Faizal’s Relationship is All Things Adorable. They Are Giving Us Major Couple Goals

I don’t know them personally (I wish I did, TBH) but after reading what she has to say about him and their relationship, there is no doubt in my mind that they are a little beyond couple goals. In the same interview, Richa also said “I said it’s a miracle because it’s rare to find like-minded people who share certain core values and have similar interests like poetry, music, films and literature. Ali is also progressive and liberal. To find someone like that in your industry is rare. Also, we never expected to end up together. It happened organically.”

Isn’t that what all of us want in our future partners too? Someone who understands you, supports you and has similar interests. It is just so great they found each other because they make one hell of a couple. Getting married is so secondary when you have such a strong bond. And maybe when it feels right, you go for that too, but regardless, it shouldn’t have an inkling on how you feel for each other and we are glad they understand that!

Talking about supporting each other, Richa shared an anecdote where Ali behaved liked the ideal boyfriend and I won’t lie, I have a little crush on him now. She said, “Ali is a sweetheart. He was expected to reach at 8 pm for the show, as I was to perform at 8.30 pm. He showed up at 6.30 pm with coffee and cookies for everyone. He is extremely supportive. I couldn’t have asked for a better man in my life.”, She further added “No one that sees us together feels like it’s a mismatch.”

Can someone please point me in the direction, I can find myself someone like Ali?