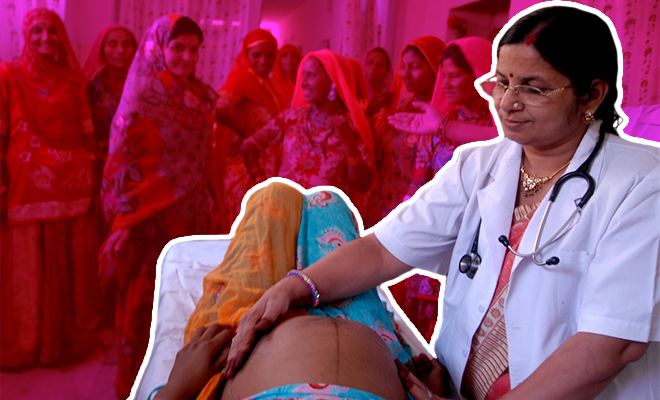 India currently stands at a population of 135 crores and counting. Out of these crores of people, if we were to narrow down the stats to the people who are actually fit and healthy, we’d probably come down to a way lower number because it’s not just in terms of population explosion that India is topping the charts, but also in terms of malnourishment. With thousands of children being born everyday but with family unable to afford even basic resources, it is a sad reality that millions of kids every year become a victim to malnourishment. And addressing this pressing concern is Woman and Child Development Minister Mamta Bhupesh, who has decided to give 6,000 Rs. to women in Rajasthan becoming mothers for the second time.

Under a new government scheme launched under the Indira Gandhi Matritva Poshan Yojana, a new objective of ensuring a basic minimum nutrition level of pregnant women and children up to the age of 3 years has been set. Rajasthan Chief Minister Ashok Gehlot announced the news on Thursday and said that the amount shall b transferred to the accounts of the women directly, in five phases.

The scheme that was launched on the occasion of former prime minister Indira Gandhi’s birth anniversary, seeks to not just fight the evil of malnutrition but also spread enough awareness in the society about how important it is to take care of a woman’s health especially when she becomes a mother.

Also Read : As Maharashtra Gets Ready To Implement Foster Care Scheme, 40 Orphans To Get Families. But Will This System Work Within Indian Society?

The govt will complete the announcements made in the budget. Even if the state is not getting full help from the central govt. But we start doing this plan with our resources: #Rajasthan CM #AshokGehlot. pic.twitter.com/FRmMUaHuhi

He said, “If a pregnant woman gets adequate nutrition, then the baby will also be born healthy,” and that is a fact that is scientifically proven too. Considering the mother has to feed the child for a while till he/she becomes old enough, it is imperative to ensure the mother in a good health.

As of now the scheme has started in some of the most backward districts of the state of Rajasthan, namely, Udaipur, Banswara, Dungarpur and Pratapgarh. These districts were picked first based on the rankings of Mother & Child Nutrition indicators, and soon it shall spread to other districts in the state. The Chief Minister has also urged Prime Minister Narendra Modi to consider implementing such a scheme across the nation, and honestly we think that would be a good idea, to promote a healthier living for mothers.

GET HAUTERFLY IN YOUR INBOX!
Related ItemsFeaturedTrendingRajasthanIndira Gandhi Maternity Nutrition Schememothers having second child get money from government under new schemeanniversary of indira gandi