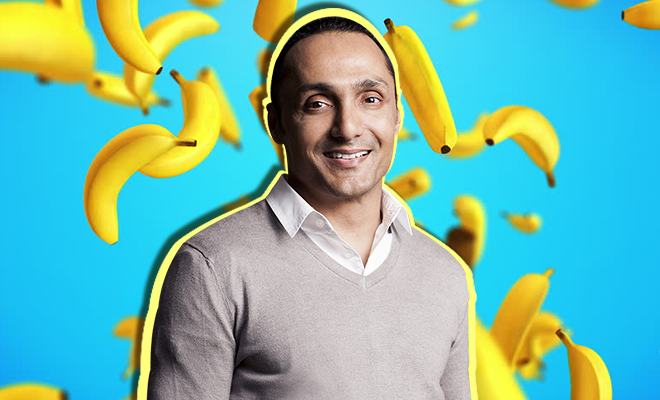 If I were to recall the number of times that I went to a fancy restaurant or a hotel and paid half of my salary as the bill on the table, for literally the peanuts that we ordered, I’d probably be looking at an impressive double digits. Hell, there have been times I have paid more for water than I have for my drinks. But thanks to the latter, when you’re drunk, a burning hole in your pocket hurts you less. Except, Rahul Bose wasn’t drunk when he got conned into spending almost 500 rupees for two bananas.

You have to see this to believe it. Who said fruit wasn’t harmful to your existence? Ask the wonderful folks at @JWMarriottChd #goingbananas #howtogetfitandgobroke #potassiumforkings pic.twitter.com/SNJvecHvZB

The Dil Dhadakne Do actor, who is currently shooting in Chandigarh and staying at the 5 star – JW Marriott hotel, was having a regular day at the gym when he fancied bananas for himself. But what happened later, was something that seemed like an early weekend present for the twitterati, because Rahul Bose was charged 442 rupess for the two bananas he ordered, and twitter just could not keep its calm.

The actor then made a selfie video narrating the entire incident in a flatteringly sarcastic tone, showing the bill to prove his point. What followed next, apart from the Chandigarh Deputy Commissioner and Excise and Taxation Commissioner ordering a high-level investigation into an “illegal and exorbitant charge of GST” on the hotel, was a flood of memes and tweets that are just too precious to miss.

plz stay calm… this is the banana ordered by rahul bose pic.twitter.com/jYbkgO3l0Q

So, for a "Banana shake" they would have charged you similar to the next iPhone I assume 🤐

I think they forgot to add the service charge 🤣😂 pic.twitter.com/ZEcATiw8gd

Safe to say, Rahul Bose wasn’t the only one who had to pay a high price for two bananas. JW Mariott, you just got yourself some great marketing.

Also Read : Janhvi Kapoor Reveals The Secret Behind Her Glowing Skin And Head Full Of Hair And It’s All Natural