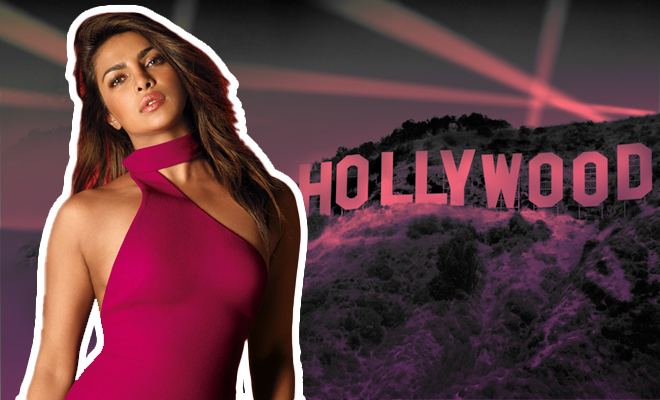 I can’t speak for everyone but I, personally, am always in awe of Priyanka Chopra Jonas, and here’s why. From winning the Miss World title to becoming an actress, singer, philanthropist, UNICEF goodwill ambassador, producer and now a businesswoman, she wears many, many hats and has killed it in almost all of them. She  is such a role model to young women who dream of breaking the ceiling and shattering stereotypes.

Nothing, not even being an outsider in the Bollywood film industry nor starting out as an outside in Hollywood, could stop her from becoming the powerhouse that she is. But wait, it wasn’t always so easy. It never is. She had to swallow her pride and basically start from scratch with no connection to make it big in Hollywood.

She told Variety.com, “I had to explain who I was and what I wanted to do. There have been some incredibly prolific Indian actors that have worked in American movies and have done incredible work — like Irrfan Khan, Tabu, Anupam Kher, Amitabh Bachchan — and outside of Indian Americans like Mindy Kaling and Aziz Ansari, there was no precedent for having someone who was an Indian immigrant from outside of the American culture to come in and break global entertainment.” “When I got the opportunity to come to America and get representation, I remember the first thing that I had to do was swallow my pride,” she added.

Also Read: Priyanka Chopra Makes It To The Create & Cultivate’s 100 Most Influential Women List And She Totally Deserves It

Priyanka Chopra bagged her first leading role in American television in 2015 TV series Quantico as Alex Parrish and prior to that, debuted as voice actor in Disney’s Planes. She said that growing up, she was inspired by Sarah Michelle Gellar’s character in Buffy the Vampire Slayer. “I was like, ‘That’s who I want to be’. She was an amazing teenage idol. But what if at 13, I had seen someone who looked like me? The only person that I saw at that time who was culturally representative of me was Apu from ‘The Simpsons’, and he was played by a white guy, which I found out much later, obviously. But as a teenager, I didn’t see representation of myself in American pop culture or even global pop culture outside of the stereotypical caricatures of South Asians”.

Also Read: Priyanka Chopra Says No One Was Willing To Tell Women’s Stories, So Women Became Producers. This Needs To Be Heard

Currently, Priyanka has signed two television projects deal with Amazon—Sangeet an unscripted series which she is co-producing with her husband, Nick Jonas and Citadel in which she will be seen opposite Richard Madden. While Sangeet is about the pre-wedding celebration in India, Citadel is based on Russo Brother’s spy series.

Talking about her Amazon deal, she told Variety, “My quest really is to be able to tell female stories, work with creators from around the world and create a cross-pollination of storytelling,” said the actress, adding: “Amazon is such a great partner to do that because their reach and outlook is so global. My Amazon television deal is a global deal, so I can do Hindi language, I can do English language, I can do whatever language I want.” Well, we can’t wait! *squeals in excitement*