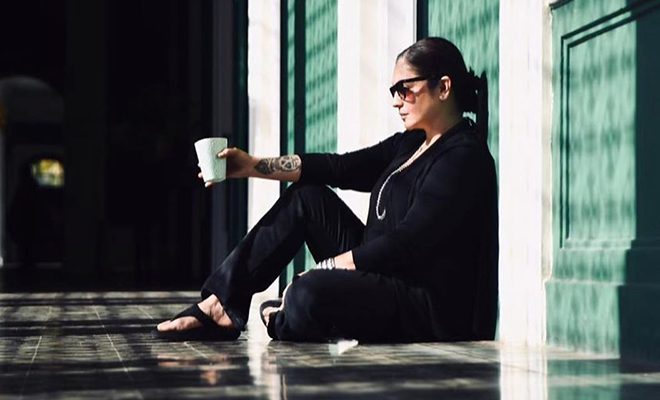 When it comes to any form of addiction, there are so many misconceptions and stigmas surrounding it. But considering I am 22, only drink socially and have never done drugs- what the hell do I know? Everything I know about addictions is through multiple stories I have heard. I have a faraway uncle, who is supposedly an alcoholic, but I haven’t ever met him. My mother tells me all kinds of horrifying stories about him, apparently, he picked up a bottle after his wife died and never really put it down.

My mother says he is a lost cause, but I don’t believe all alcoholics are. Take a look at Pooja Bhatt, who fought this vicious disease and has risen through the ranks back to health. She is proof that no matter what demons are crippling you if you seek help you will find your way. She spoke about her struggle with alcoholism and how she overcame it.

Most celebrities won’t even agree they drink, not her! She has always been open about the disease and her battle. Now after all this time, we are so proud of her and we wish she keeps going as strong.

The older Bhatt sister, Pooja Bhatt just took to Instagram to share a gorgeous picture of her sitting on the floor holding a mug. What makes that picture so special though is the caption that goes with it. She is sharing with all her followers that today marks the two year and 10-month anniversary of her sobriety. She is also encouraging people who are battling similar demons, by saying that if she could do it, so can they. It is very inspiring to see a public figure talk about issues like these, this way the people who are struggling will know it’s not shameful or wrong. And for that, we thank you Pooja!

The Instagram caption read, “Two years & ten months sober today.. time to reflect on the past & absorb the now.. Kal Kisne Dekha (who has seen tomorrow after all? To any and all of you who are battling your demons & grappling with addiction issues, know that you’re not alone. If I could do it, you can too. And if you flounder or fall, pick yourself up and keep going.. the rewards are multiple in more ways than one!”

ALSO READ: Hema Malini Opens Up About Becoming Dharmendra’s Second Wife And Says She Never Wanted To Take Him Away From His Family

It is no secret that she has struggled with the bottle for quite some time now. In a 2017 interview, she had said that talking about her battle was cathartic for her. She credited her father Mahesh Bhatt for pushing her to take a decision to quit. It is amazing how far she has come! Hers is a truly inspiring journey with the potential to help so many others.

On the work front, after staying away from movies for a long time Pooja will be seen in the sequel to her 1991 movie Sadak. Sadak 2 will feature her half-sister Alia Bhatt, Sanjay Dutt who was her OG co-star and Aditya Roy Kapoor.