Pierce Brosnan Wants To Have A Woman Take Up The Role Of Bond. Ooh! She Would Kick Some Serious Butt! 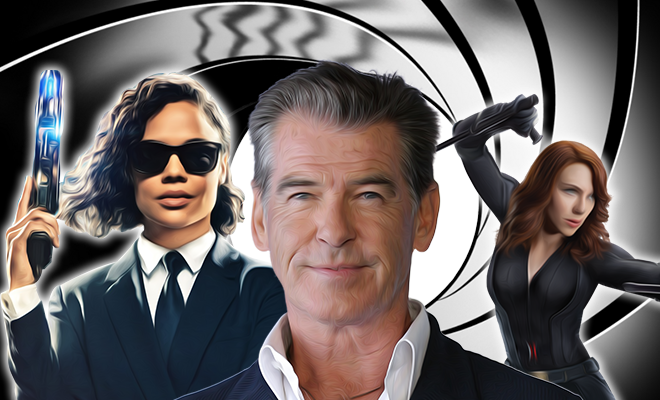 In my opinion and experience both, every man that I have ever found to be perfect, often turns out to be the exact opposite, floundering and exposing his disappointing side, the moment he opens his mouth. History is proof, that from saying the wrong things to often saying the right things just at very wrong times, there are guys who would look just as dapper with their mouths closed. Or maybe, be sensitive when you talk? But I guess that’s too much to expect. So imagine our happiness when we came across Pierce Brosnan, who recently made a statement about having a woman Bond instead, and honestly won our hearts over. I may or may not have flung my bra at him in utter happiness.

The man, who has had his share of super successful movies of the James Bond franchise, recently in an interview shared how he’d rather have a woman acting in the role of the iconic Bond, and we couldn’t agree more with him. He said, “I think we’ve watched the guys do it for the last 40 years, get out of the way, guys, and put a woman up there. I think it would be exhilarating, it would be exciting.” And exciting, it definitely would be.

Also Read : Alia Bhatt Gets Nominated For The Most Inspiring Asian Woman. When We Have Women Like Hima Das and P V Sindhu Right There. Why?

For years now, we’ve been having a similar character arc for the Bond and it sure as hell is time to amp it up by having a woman take up those deadly fights and nearly impossible missions, as well as be part of those super luxurious and harmless transgressions. After all, it hasn’t just been 40 years of a man saving the world, but 40 years of women being nothing more than glamorous sidekicks and clearly that is far from the current state of affairs of the world. What with women setting up high standards in every field they choose to explore.

Commenting further on how he wishes things to change in the times of the #MeToo era, Pierce Brosnan said, “Without question, yes… The #MeToo movement has been relevant and significant and well needed in our society, so they’ll have to address that,” and we do hope they do.

It is time the industry realises how certain movements can’t be kept at a arm’s distance when it comes to cinema, for that still remains to be the biggest source of inspiration for people and needs to be reflective of what is going on in some capacity, if not completely. Today, men like Pierce Brosnan who have played such testosterone-laden roles in a series of male-dominated movies, too feel the need to bring in such change, making us want to ask Bollywood if they’re listening to what he has to say. Because these are the kind of men we need around.

No wonder Brosnan ended up playing one of the most successful Bond in his time. The guy truly is a gentleman and he doesn’t feel the need to prove it by holding a lead title to his name, he can do it just fine by talking about relevant issues and that’s what we expect out of the industry too. Rumours are that actress Lashana Lynch might take the lead of 007 in the next instalment of James Bond after Daniel Craig. In Bollywood however, if it were ever to be taken up, we’d love to see Priyanka Chopra get back into action after her previous action drama in Don.

Also Read : In Season 2 Of Sacred Games, Gaitonde Takes A Backseat. The Women Are Going To Be “Bhagwan”