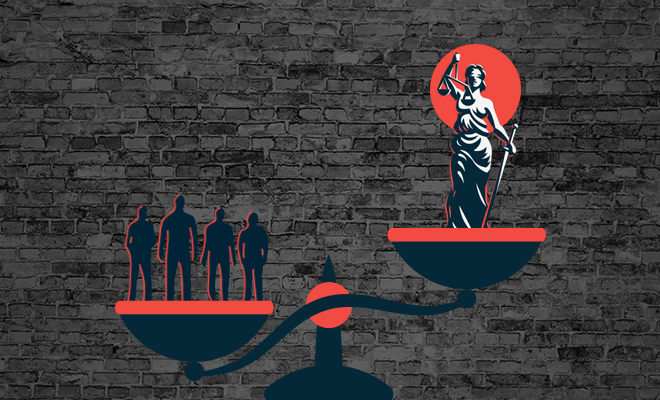 Nirbhaya Case Update: Pawan Gupta Moves The Court Claiming He Was Thrashed In Jail. This Is Another Ploy To Delay The Execution

No one can deny that if there was a list of all the worst crimes that have happened in India, the Nirbhaya case of 2012 would be on top of that list. Six men brutally beat, tortured, gutted and gang-raped Jyoti Singh on a moving bus. They then threw her off the bus, naked in the cold of the night. She passed away a few days later in a hospital in Singapore. I mean, it isn’t something anyone can ever forget.

Thought this incident ignited a sense of hellfire in everyone’s hearts, it hasn’t helped Nirbhaya get justice. Four of her rapists- Mukesh Singh, Vinay Sharma, Pawan Gupta and Akshay Thakur are still alive behind bars despite the black warrant the court had awarded them back in  2013.

This case shook India to its very core but yet our judicial system has failed to fast track their execution. For seven years, the case remained dormant, but the actual games didn’t begin until a Delhi court gave the first date of their execution. Then, the four convicts and their lawyers spun such a complicated web, playing on the loopholes in our law that there was no choice left but to delay their execution three times.

Also Read: Nirbhaya Case Update: Convicts To Be Hanged On 20th March. Have We Finally Reached The End Of The Road?

Every time the trial court would issue a fresh execution date, one of the convicts would file their mercy petitions before the President at the eleventh hour. This game was played over and over until all four of them had exhausted all their legal remedies. Now, their death date is set for 20th March and they have their backs pushed against a wall. This is when the tables begin to turn because now it is going to be fun to watch them grasp at every last straw.

Having said that, a Delhi court has served a notice to the jail authorities that says Pawan Gupta has sought to press charges against two policemen of the Mandoli Jail. Pawan alleged he was brutally beaten up by these two cops in prison which led to severe head injuries.

Basically, he wants justice since he was allegedly the victim of police brutality. What about the fact that he is a convict on death row for the gruesome gang-rape and murder of a 23-year-old girl? A few head injuries don’t hold a candle to the kind of shit he did to Jyoti. Pawan has some audacity though actually asking for an FIR against those policemen. As much as we wish everyone just sees this move for what it is, a desperate ploy to try and delay the execution, we live in a democracy. This means the court will have to have a hearing and they are doing so later today.

He isn’t the only convict though who is playing every frantic card to save his life. Recently, Mukesh Singh, who by the way, was the first of the four of them to exhaust all legal remedies, has moved a plea in the Supreme Court asking to have all his legal remedies restored. He claims that his lawyers tricked him into exhausting his curative petition and mercy plea.

The complaint said that since Pawan is to be hanged soon, it is necessary to allow him to appear as a witness for identifying both policemen.https://t.co/QgkMHCuGxw

You know anyone in their position would feel at least the slightest bit of remorse over what they did to Nirbhaya. But these guys just seem to be focused on how they can cheat karma and stay alive. They have no sense of sorrow, repentance or guilt over the fact that a young girl lost her life in the most inhumane way because they couldn’t keep it in their pants one night.

What I don’t understand is why are their lawyers fighting tooth and nail to save them? I am sure they have no conscious, otherwise, they would not deprive Nirbhaya of justice even if it costs them their career. Don’t they understand that what happened to her can’t be repeated and because of the magnitude of this case is bound to be a precedence to all the future gang-rapes?

When did saving a convict’s life become more important than getting justice for the victim? They need to be hanged on 20th March, enough is enough.