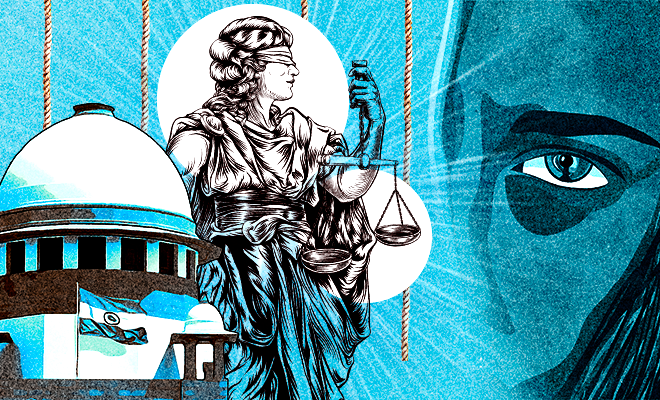 Nirbhaya Case Update: Convicts To Be Hanged On 20th March. Have We Finally Reached The End Of The Road?

There is no denying that the Nirbhaya case sent shockwaves rippling through the country. No case in the history of India had ever been so monstrous as this one and it led thousands of people taking to the streets in 2012. While Jyoti Singh was losing the battle against death, the country was burning with hatred for the six men that put her in that state.

So it stands to reason that every single citizen of India wants to see the remaining four convicts suffer the way they made Nirbhaya suffer. Obviously, since we have descended into complete anarchy just yet, all of us serving up justice might not happen, but capital punishment is the next best thing. Which is what they were awarded with in September 2013, less than a year after the unfortunate incident.

Since then Mukesh Singh, Pawan Gupta, Akshay Thakur and Vinay Sharma have been living out their life in Tihar jail. Now, as I am sure you know I have been following this case and let me tell you it has been one of the most convoluted cases I have ever come across. The sharp twists and blind turns that this case has taken has left everyone in a frenzy.

For starters, the case remained dormant until early 2020. When a Delhi court finally presented an execution date, the four convicts began playing their dirty game of not filing all their legal remedies on time and they did it one after the other. Their strategy of filing each plea at the eleventh hour before each date to delay it paid off and they successfully evaded the noose three times.

So, when the President finally rejected Pawan Gupta’s mercy plea just yesterday, the Delhi government wasted no time in asking the court for a fresh death warrant. Taking that into consideration, Additional Sessions Judge Dharmendra Rana issued the fourth death warrant in this case. According to the fresh black warrant, the convicts will hang on 20th March at 5:30 am.

"Before dying, #Nirbhaya had asked me to ensure that her rapists should get such a punishment that this crime was not repeated ever," Nirbhaya's mother, #AshaDevi, said on Thursday after the court directed four death-row convicts in the case to be hanged on March 20 at 5.30 a.m. pic.twitter.com/vkU2yYSVFg

If you think about it, this is actually good news since all four convicts have exhausted all their legal remedies and have no cards left to play. At least that is what I am hoping, we just have to wait and watch.

Upon hearing that the court had an issued a fresh death warrant, Asha Devi, Jyoti’s mother said, “I hope this is the final date and they would be hanged on March 20. While dying Nirbhaya asked to ensure they get such punishment that such crime is not repeated ever.”

These four convicts have really caused a lot of nuisance and I really wish this is the end of the line for them. They need to be hanged on the 20th, enough of them toying with the law and frustrating us to no end.

Nirbhaya Case Update: Vinay Sharma Bangs His Head Against The Wall In Jail. We’re Doing The Same In Frustration