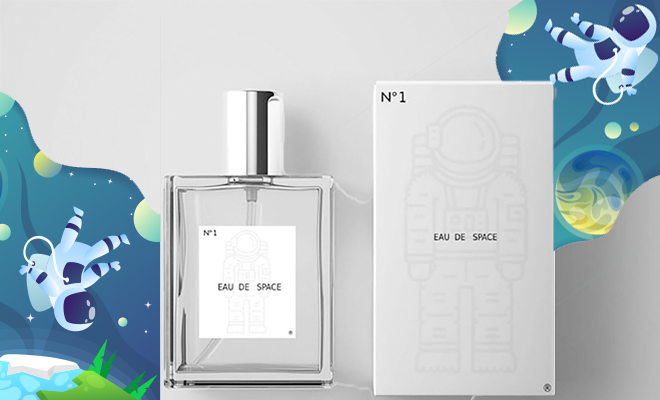 NASA Created A Fragrance That Smells Like Outer Space And Now It Might Be Made Public. Erm, Not Sure We Want It

As a child when someone would ask me what I wanted to do for a living when I was older I would always say I wanted to be an astronaut. Of course that was after I realised I couldn’t become a princess or the president. Whatever limited knowledge I have about the outer space, it has always fascinated me. The stars, the moon, parallel universes how can someone not be interested? Yes, I watch a lot of documentaries.

Though, surprisingly, I have never thought about what outer space might smell like or even if it had a smell. I don’t think they made that documentary yet. I mean, I always assumed that since there is technically no air in the outer space, there would be nothing to smell, right? And even if there was there wouldn’t be a lot of record of it considering the hefty suits the astronauts wear out there.

Well, I couldn’t have been more wrong. Yes, this is not a topic I would ordinarily talk about but I am talking about what the outer space smells suddenly now because it does have a smell. As it turns out, the outer space has a typical smell and in an effort to prepare the astronauts and get them adjusted to that smell before their missions, NASA decided to develop a perfume that would encapsulate the unique smell of the stars.

In 2008, NASA contracted Steve Pearce, a chemist and founder of Omega Ingredients,  to try and recreate the smell of space. Well, if you think your job is tough, imagine being the guy who has to duplicate the aroma of outer space. However, according to Matt Richmond, the product manager of Eau de Space (the name of the fragrance) this challenge took Pearce nearly 4 years to complete to accomplish.

The fragrance was created to help NASA train the astronauts and eliminate any potential odours they might encounter in the outer space. Pearce took the inspiration for this perfume by collecting accounts of astronauts who had actually been to outer space.

Astronaut, Peggy Whitson, a former resident of the International Space Station had previously told CNN that outer space smells like a “kind of like a smell from a gun, right after you fire the shot.” She also described the outer space as smelling “bitter, smoky and burned”.

Richmond said, “Astronauts describe the smell as a mix of gunpowder, seared steak, raspberries and rum.”

#NASA Designed Perfume.
A fragrance that smells like outer space may soon be made available to the general public.
Astronauts have described the smell of space as "a mix of gunpowder, seared steak, raspberries and rum".

Are you still wondering what the exact smell is? I mean, what does a mix of gunpowder, steak and rum smell like? Well, you are in luck since a Kickstarter called Eau de Space is pushing to get this fragrance out to the public. How cool would that be? Just walking around smelling like outer space.

The Kickstarter page of this fragrance reads, “The Smell of Space has been locked behind “Need to Know”, Astronaut only field training, and Red Tape for years. Through sheer determination, grit, a lot of luck, and a couple of Freedom of Information Act (FOIA) requests, we got it out. Now we need your help to mass manufacturer it so that everyone can experience the Smell of Space for themselves.”

Is this a super cool initiative? Yep. But I can’t help but wonder who would want to go through their day smelling like a mix of seared steak, gunpowder and rum. It’s not your typical choice for a fragrance. I mean, I imagined the outer space to smell like something magical I just didn’t realise it would smell like something had burned.

Would you get this fragrance? Maybe, just out of sheer curiosity?