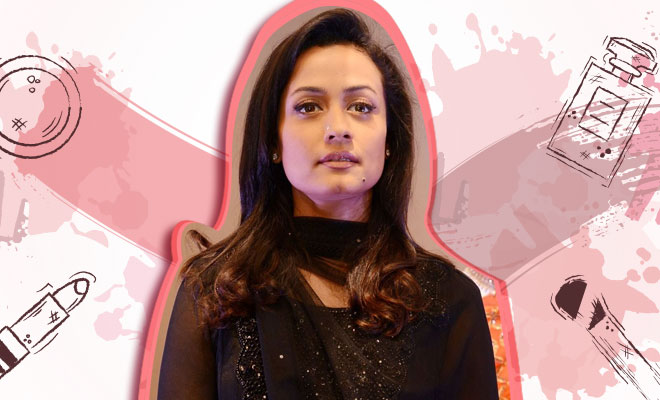 Monday mornings are tough, what with the weekend withdrawal symptoms kicking in, topped with the frustration for not being able to watch the fifth episode of Game Of Thrones, and having to dodge every possible meme and annoying friend who wants to run at you with the spoiler, faster than the next local.

And then this spectacular pieces of news that is downright irritating and insensitive comes in and at this point, I am more than willing to punch someone  in the face. You can imagine the kind of mondaze we are at and the day has just started! Is someone going to hand me the coffee or not?

Namrata Shirodkar, former Miss India, an actress, producer and director, is a strong-headed woman, and one casual scroll on her feed will prove that she has had no qualms in sporting the no makeup look. In the world of Instagram where the pressure to look perfect can be a little crazy, it’s always refreshing to see stars being able to put out pictures that are ‘real’ and ‘unedited’.

ALSO READ: Alia Bhatt Posted Her Picture Without Any Makeup!

This doesn’t sit well everyone though and they take it on themselves to point out the obvious and the unnecessary. On Namrata Shirodkar’s recent picture where she was seen celebrating the success of her husband’s newest film, Maharishi, one troller decided to make unsavoury comments because why not? And if you have an account and an internet connection, put it to use, or something. So the very erudite Gaurav decided to ask Namrata to put on some makeup because is she battling depression or something?

So, let’s get that straight, for someone battling depression the way to make that known (if even) is wearing no makeup? Except, wtf? Wearing makeup is a personal choice and in no way is reflective of any sort of health or mental issue. But slow clap for the ones who make these bizarre connections.

She slammed the troll with a crisp reply that said, “You might love women with make-up… maybe you should follow someone who is always made up and suits your criteria! You are not going to find it on this page!! So maybe you should get off it… sincere request.”

Bollywood has come out in big numbers to talk about mental health. Especially stars like Deepika Padukone who have talked about the depression she faced several times. An offhand and frankly, stupid comment like this, is  putting us back by several decades.