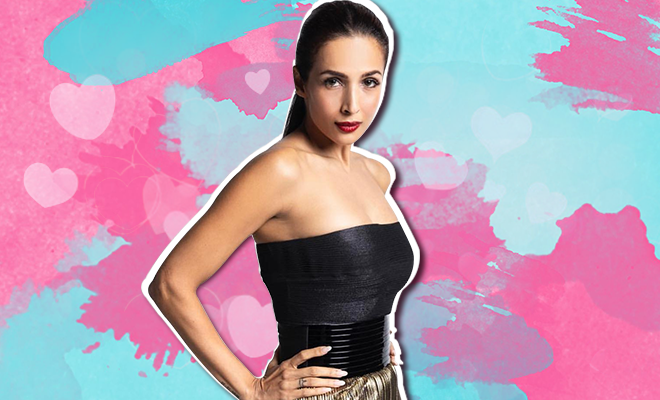 Malaika Arora Says People Judge Her For Getting A Second Chance In Love. Who Are We To Judge?

We have a lot of problems in our country. And while some are entirely made up and unnecessary, some aren’t. The problems of poverty, population and women’s safety are real. But instead of dealing with these and coming up with real solutions, we are often distracted by celebrities who are going about living their life. Like we have a problem with Malaika Arora finding love again. She’s an adult with her own preferences and choices and we somehow insist that she listen to us. The actress recently opened up about how a woman getting a second chance in love is considered as a taboo in our country. It’s 2019 and our biggest concern is that someone is finding a partner again?

Apart from constantly being quizzed on her marriage with beau Arjun Kapoor, the actress also revealed that she gets plenty of negative comments on finding love again and dating a much younger man. During a recent interaction with IANS, Malaika said, “It is a taboo because there are a lot of situations and issues that need to be tackled in our country, though I think the issue needs to be looked at with an open mind.” Malaika Arora has successfully dodged the negativity revolving around her love life with utmost class, but she does has to face several judgments passed by people with trash mentality. But she does take it in her stride.

Malaika further added, “A little more sensitivity (is needed), as opposed to being harsh and callous and negative towards things. I think it is important to be inclusive. When I talk of second chances, I’m thinking of making the most of second chances. I think everybody should be given a second chance.” Malaika Arora and Arjun Kapoor are constantly in the public eye, thanks to all the media attention. Malaika Arora said she has finally made peace with it, as it is a part of their jobs and the duo are also comfortable with it by now.

When asked about how she deals with the incessant trolling,  Malaika said, “No one should give importance to trolls, because if you pay heed to them you just fuel trolling. At the end of the day, we have something called the media to project everything that needs to be out there. I do not give trolling or negativity any importance.”

Also read: Malaika Arora Started Bleeding Around Her Waist During The Shoot Of The Iconic Song Chhaiya Chhaiya

Meanwhile Malaika Arora was last seen as a judge on Dance India Dance on the absence of Kareena Kapoor Khan. While Arjun Kapoor will be seen in his next film, Panipat alongside Kriti Sanon. The film is slated to release on December 6, 2019.

Did They Tone Down Kangana’s Dramatic Promotional Style After The Press Controversy? We Think So!