Maharashtra Government To Pass The Disha Bill In The Next Session. Why Did We Need Another Rape Before They Take Action? 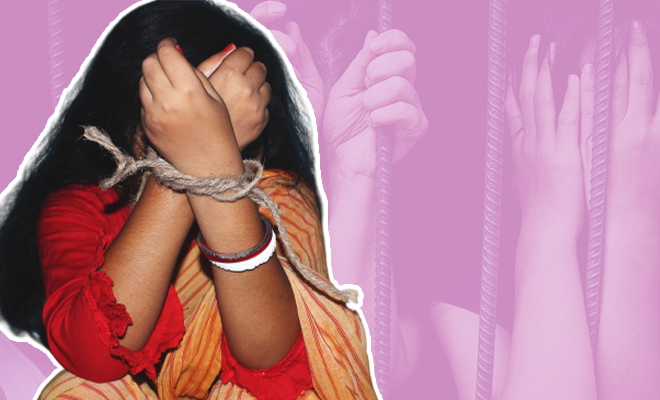 Excuse me, if I sound a tad bit riled up and like a fuming feminist, but that is only because I am both of those things right now, and probably more. Not because I am a woman and those feelings come naturally to me, but because I am a woman, and have been treated like I am a lesser human being. If I were to sit down and recall, just off the top of my head, some bone-chilling crimes against women in the last few years, I am pretty sure I’d end up filling a few pages of a diary, front and back. From Nirbhaya, to Disha (from where the Disha Act came into being) to Hathras, cases of brutal rapes and murder keep increasing by the minute, and it is alarming to see that even with these kind of chilling statistics, our governments are still hmm-ing and haw-ing. As became clear with Maharashtra’s Home Minister’s statement of clearing the ‘Disha Bill’ in the next session.

Well, guess what Mr. Anil Deshmukh? While we appreciate the bill, it seems a little too late.

The Disha Act came into existence as a knee-jerk reaction to the gruesome case of rape and murder of a veterinary doctor in Hyderabad. The woman who came to be addressed by the nation as ‘Disha’, led the Andhra Pradesh government to pass this bill within 16 days of the rape with revised and reformed punishment for the crime of rape and murder.

Also Read : Andhra Pradesh Clears The Disha Act. Are Other States Waiting For Another Horrific Rape Crime Before They Take Steps?

However, even though other states held discussions about following suit, they’ve waited for yet another woman to be sacrificed to rape like in case of Hathras, to fast track the passing of this bill. Almost a year later, as Home Minister announced the passing of the Disha Act in the next session, it seems like more than token effort to make it seem like they’ve taken the brutality of Hathras Rape case seriously.

Maharashtra govt to get Disha Bill cleared in next session: Home minister https://t.co/UnETWOcvAL

Maharashtra, that currently stands at the third position in recording the highest number of crimes against women, almost as much as 37 thousand in a year, finally urged the people in power to call a meeting to get these crimes under control. It was about time. But it’s not like they are in a hurry given that the Disha Bill is still being tabled.

The meeting that took place in presence of people like Minister of State for Home affairs Satej Patil, Shambhuraj Desai, MP Supriya Sule, Deputy Speaker of Legislative council Mrs. Neelam Gorhe, Charulata Tokas and many more, observed a number of suggestions that were presented on the table. From increasing women officers in the force, to creating a special court for women, to even increasing the conviction rate of criminals, a lot of suggestions were made. And though, the committee and the promise to get these crimes under control seem promising, we just hope that the introduction of death penalty and these efforts that should’ve put into place long time ago, don’t further encourage rapists to cut the tongues and kill the women, in the fear of being ousted. Hopefully this time, the government won’t fail us women.

Also Read : Nirbhaya, Disha… IPC Section 228A Calls For The Name Of The Victim Of Rape To Not Be Disclosed. Why Is This The Victim’s Shame?