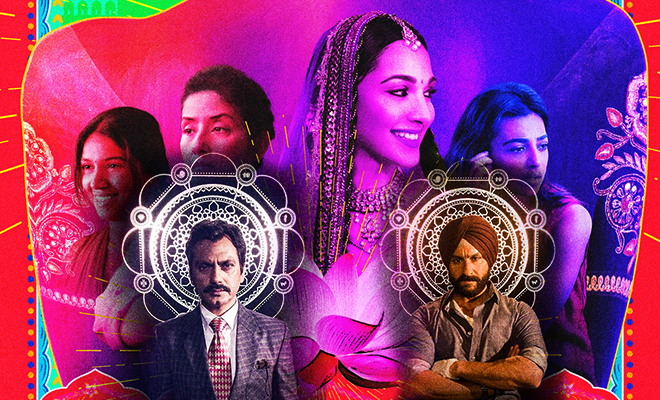 It’s been a while since the world has made its shift towards digital and everything has found its way and place on the internet. Be it money or communication, everything is going digital. Even content creation. And we are sort of glad for the kind of platform it provides, because it has helped open the door for important subjects and dialogues to find a voice. Especially, with platforms like Netflix and Amazon Prime coming in to the picture, it means the alternative content that needs to be mainstream can be watched by a global audience without the annoying CBFC butting in. Which is why, when we heard that Lust Stories, that released on Netflix, made it to the nominations for the Emmys, we were jumping in our seats for an important film like that had finally found its way to a global level.

Also Read : Kiara Advani Researched How To Use Vibrators For Her Orgasm Scene In Lust Stories. It Came Handy!

Released in the year 2018, Lust Stories was a culmination of 4 short movies by 4 different directors, namely – Karan Johar, Anurag Kashyap, Zoya Akhtar and Dibakar Banerjee. Scaling the dynamics of modern day relationships from the point of view of Indian women, Lust Stories was a landmark film in many ways. It opened up a conversation about women, their pleasure, their orgasms and everything that was hitherto hushed. The film starred a crusade of actors like Kiara Advani, Vicky Kaushal, Manisha Koirala, Sanjay Kapoor, Jaideep Ahlawat, Akash Thosar, Neha Dhupia and Bhumi Pednekar in lead roles.

So proud and excited that our anthology #luststories is nominated at the Emmy’s!!! Our quartet rocks! #zoya #anurag #dibakar thanks for the support @RSVPMovies @RonnieScrewvala @ashidua_fue and our amazing platform @NetflixIndia pic.twitter.com/htMiyrbRqj

Sharing the excitement and pride of making it to the list, Director Karan Johar took to twitter to share the news. He wrote, “So proud and excited that our anthology #luststories is nominated at the Emmy’s!!! Our quartet rocks! #zoya #anurag #dibakar thanks for the support @RSVPMovies @RonnieScrewvala @ashidua_fue and our amazing platform @NetflixIndia”

Furthermore, at the India Today Conclave, the director opened up about the news and said, “It’s a big achievement for all of us and we all are super excited. It’s something that we did as an expression of our creativity and we are happy that it is creating its own stir.” And more than that, what we think is great is the fact that a piece of Indian cinema, that was centered around breaking the stereotypes around women and their relationships with sex, is being recognised for and considered as one of the best TV Movie/Mini Series for the year.

Two teachers, a housekeeper and a homemaker walk into a movie and get nominated for an #InternationalEmmy.

.@radhika_apte HAS BEEN NOMINATED FOR AN #INTERNATIONALEMMY.
HOW DO WE SEND ALL OF YOU MITHAI??

This calls for a celebration. Kaali chai and Parle-G for everyone! https://t.co/h32izwjxhk

Actress Radhika Apte, who also starred in the movie, has had even bigger news to celebrate for also being nominated under the Best Actress category for her performance in Lust Stories. And honestly, we don’t question it one bit. She delivered a well-rounded performance for a highly complex yet relatable role and we loved her for it.

Guess finally, Indian content and cinema is breaking past the monotony and creating something important, worthwhile and absolutely in sync with what the worlds needs to see and hear. Among nominated were also the shows – Sacred Games and Amazon Prime’s original series The Remix.

Also Read : Kiara’s Grandmom Joked About Her Orgasm Scene In Lust Stories. We Wish All Indian Families Were That Cool!