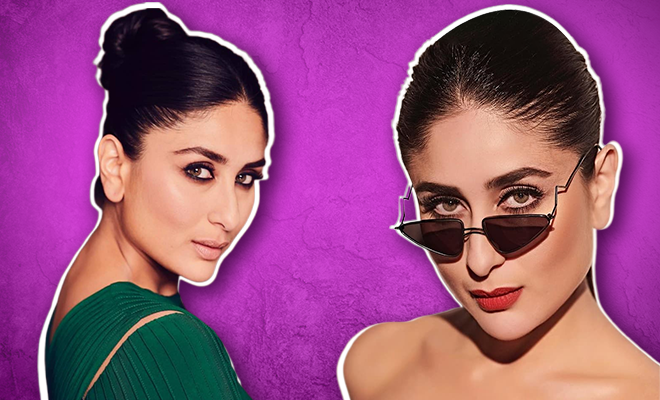 Kareena Kapoor Khan Wishes To Play Grey Characters In Movies. Ooh, She Would Totally Nail It

Kareena Kapoor Khan who made her debut in the film, Refugee alongside Abhishek Bachchan will now be seen sharing the same screen with ace actor Irfan Khan in English Medium. In a career spanning almost 20-years, Kareena has experimented with her looks and characters. From a scheming shrew to a chirpy girl in Jab We Met, her repertoire of roles is anything but basic.

Also read: Kareena Kapoor Khan Recreated Mauja Hi Mauja, And It Reminded Us Of How Much We Love Geet!

Speaking of films, Kareena Kapoor Khan wishes to play grey characters and would love to do one, if given a good script. Kareena Kapoor Khan was last seen in a negative role in the film, Fida (2004) alongside Fardeen Khan and Shahid Kapoor. In the film Kareena Kapoor essayed the role of a woman who sets up an entire game plan to torture her own lover. Kareena was appreciated for her role in the film and after Bebo confessed that she wants to do more grey roles, we hope the directors are listening carefully to it!

Kareena Kapoor Khan made her last appearance at Lakme Fashion Week that concluded on Sunday. She said, “I would love to play a grey character, if it’s a great role. I would definitely want to go for it.”

Apart from English Medium, Kareena will be seen in Good News alongside Akshay Kumar and sharing her experience on doing the film, Kareena said, “I think it’s going to be a fun and exciting film, because it has a Christmas release. I’m sure people are going to love it. It’s got a different concept and it’s releasing during the holiday period. It will be a laugh riot.” Good News is all set to hit the theatres on December 27, 2019.

Swaraj Kaushal Is The Man Who Stood Behind Sushma Swaraj As She Shone. India Needs More Secure Men Like Him