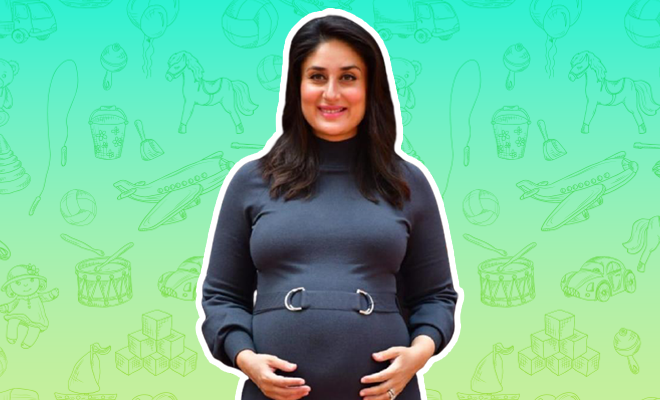 Anyone who knows me will be able to tell you that I am not a Bollywood buff. I used to be, but now the content has dropped below tolerance levels. However, that does not mean I don’t admire Bollywood celebrities. One of my all-time favourites is Kareena Kapoor Khan. I always find her extremely relatable and of course, her fashion game is one of the best. Okay, enough fangirling. As you obviously know, she is expecting her second child. In a recent interview, she said that she is more confident this time around, in her second pregnancy. We are so excited for her.

As much as motherhood is celebrated, there are also a lot of stigma and stereotypes surrounding it. People just assume that a woman knows everything about being a mother. No one talks about how nerve-wracking it can be. Kareena, in her own way, is smashing a lot of those down. In this recent interview with Times Now Digital, she said that when she was pregnant with Taimur Ali Khan, she was “nervous and jittery” because she was going to be a mother for the first time. However, this time around she feels calm and confident.

Kareena, on being asked what were some of the biggest lessons she’d learned from her first pregnancy, said in the interview, “I guess I am more prepared and confident this time around. I was quite nervous and jittery since I was going to turn a mother for the first time.” Further adding, “This time around. I am way calmer and thankfully, I am not going berserk yet.”

She was then asked if she had experienced any bias in the industry pertaining to the fact that she worked throughout her pregnancies. Kareena says that she doesn’t understand why women can’t work while they are pregnant. She said that she has worked through both her pregnancies and will continue to do so after her delivery too.

Kareena said, “Why can’t pregnant women work. I do not understand the fuss about it. I have worked throughout my pregnancies and will continue to do even after delivery. In fact, it’s good to remain active and on your feet as it’s good for the baby’s health. I have never really experienced any bias.” She clarified that for her, working through her pregnancies was not about “defying norms” but about doing what she loved.

She keeps it real and we love her for that!