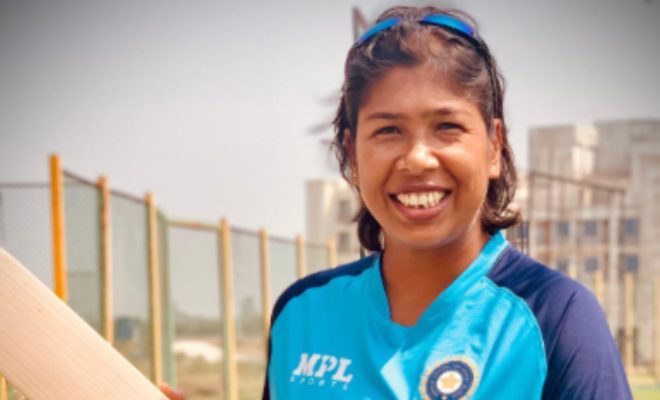 Jhulan Goswami announced her retirement from the WT20s in August 2018  and it was quite a sudden announcement from her. She is an all-rounder in Indian women’s cricket and is known for her fast balling technique. The Arjuna Award recipient will now be guiding the young women of Bengal who dream of making a successful career in the field of cricket. Going by an article, Jhulan will be a mentor for Bengal’s women’s team for all age groups, whereas Arindam Das will be guiding the U-16 team, as per a report. The announcement was made by the President of the Cricket Association Of Bengal, Avishek Dalmiya. He further announced the names of all the coach assistants as well.

Recently, a video of Jhulan Goswami bowling to cricketer K.L Rahul in the NCA also did rounds on social media. The viewers loved the face-off. Also, a biopic on the cricketer is all going to hit the theatres soon. Well, we are all aware of the movie by now and it is the Chakda Xpress. Actor Anushka Sharma will be seen playing the role of the legend for the big screen and has been undergoing some intense practice sessions to achieve the perfections of the cricketer. Jhulan herself is guiding Anushka for it and both of them are quite excited about the project.

Also Read: Jhulan Goswami Is The First Woman Cricketer In History To Claim 250 Wickets In ODIs. She’s A Star!

We know the future of the girls is bright!

West Bengal Women To Get Self-Defense Training Because Women Are Not Safe. Who Will Teach The Men Control Though?