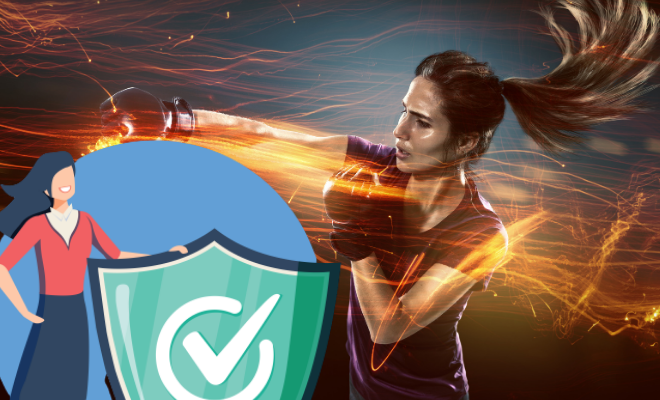 West Bengal Women To Get Self-Defense Training Because Women Are Not Safe. Who Will Teach The Men Control Though?

The steep rise in the cases of rape, sexual harassment and molestation in India has now come to a point where it’s so normal, it’s not alarming. I am afraid it will even beat the rise in corona cases one day since some men can’t seem to keep it in their pants. In a country where no woman, and by no woman I mean whether she’s a 3-year-old or 90-year-old, wearing saree or burqa, no one is safe, the only thing you can really do take the matter of your safety into your hands. And, that’s what BJP’s Mahila Morcha aka women’s wing in West Bengal has embarked upon- a self-defense training program for women.

After witnessing a sudden increase in the crimes against women in West Bengal, BJP’s Mahila Morcha announced on Tuesday that it will be training 50 women each from 23 district of the state in self-defense starting Thursday. The workshop which is named Uma is aimed at making women self-reliant to avert an unfortunate incident and will commence from 17 September which also happens to be PM Narendra Modi’s birthday.

The president of BJP Mohila Morcha, Agnimitra Paul told PTI, “We have chosen PM Modi’s birthday to officially flag off the programme, and September 17 also happens to be Mahalaya. The ground-level workshops will begin from October 2 with one day slotted for every district. Any woman can enroll. We speak for the safety of every single woman in the state, it is not for women of any particular party.” This is great move by the women’s wing to make women self-reliant in protecting themselves aka kicking the attacker in the balls and put him in his place.

Also Read: In Nairobi, Women Over 60 Are Studying Martial Arts To Defend Themselves Against Sexual Assault. Let’s Call Them Ninja Grannies

A couple of days ago, a 32-year-old taxi driver was arrested in Kolkata for making lewd comments and indecent gestures at actor and Trinamool Congress MP Mimi Chakraborty late night when she was returning from the gym. Chakraborty took him to the police and got him arrested thinking about the safety of women who will board his taxi. Referring to this incident, Paul said, “It shows that no woman is safe in the state. We are happy Mimi mustered the courage to protest. This shows the need for imparting self-defence skills to every single woman, on the street or at home.”

Women In West Bengal To Get Self-Defense Training

And this is just one incident. Recently, a woman in Kolkata was hit by a man’s car who was harassing another woman in the car. As she rushed to save the woman, the man behind the wheel dashed his car into her and fled. There is no end to these crimes and self-defense becomes an ultimate saviour for women, especially when they are alone on streets at odd hours.

West Bengal is definitely not the only state in India where crimes like these are on the rise. Women’s safety has been a major concern in the country for as long as we can remember and as it seems, it’s only getting worse, somehow. Plus, many a times, women don’t even report their attackers and cases go unreported. The stats and reports of crimes against women are only the tip of the iceberg. The situation is even worse in states like Uttar Pradesh where the crimes are evident but still most of them are unreported.

Self-defense is only 10% about physical fight. Majorly, it trains you to be aware and alert at all times which helps you be on your toes and stave off any probable tragedy and fight off when you need to. I feel every woman could use that skill to react and attack a possible threat. However, not everyone can afford private classes. This self-defense workshop started by West Bengal’s BJP women’s wing is only a start and limited to women in one state right now but at least we are on the right track. We need more workshops like these for women of every state, especially the ones where women aren’t safe even during the day. This is the need of the hour and a must-have skill for women, until men can freakin’ learn to leave the women alone.

Also Read: A Woman Taekwondo Expert Developed A ‘Hand Grenade’ To Help Women Feel Safe. Because Our Safety Is Still Our Problem