Japanese Swimmer Gets Suspended After A Video Of Him Taking His Girlfriend To A ‘Love Hotel’ Surfaces. What Are Love Hotels? 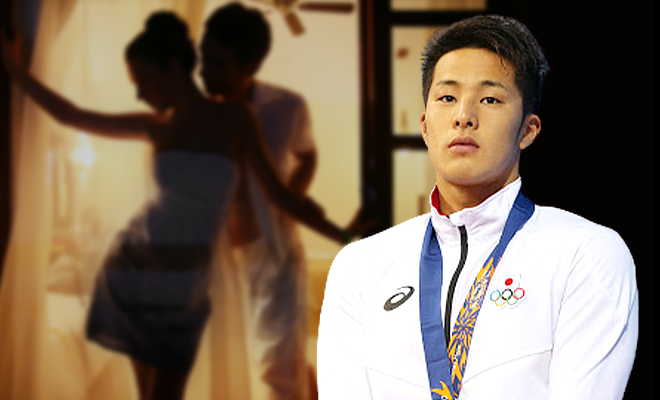 Have you watched the show Make it or Break it? It’s a relatively old show that revolves around the lives of four female gymnasts that strive to make it to the Olympics. It’s a fictional story full of scandals and drama. I have watched it multiple times and every time, I wonder just how difficult it is to be an Olympic-level athlete. There is so much more than just sports that go into it. One slip up can cost you heavily. Going through that right now is Japanese swimmer and four-time world champion Daiya Seto. He was suspended for a year because he had an extra-marital affair. Yikes.

Before I can tell you more about Seto’s suspension, let me give you a little background. He is one of the world’s leading swimmers who won a bronze medal in the 400-meter individual medley (IM) at the 2016 Rio Olympics. He is also a world champion in the 200-meter IM event. Basically, he paid a heavy price for that one affair.

You see, last month a gossip magazine published a story with sufficient evidence to prove that Japanese swimmer Seto was having an extra-marital affair. The story detailed how the 26-year-old married swimmer had visited a “love hotel” with a woman who was not his wife. Taking this into account, the Japan Swimming Federation has suspended Seto for the rest of the year.

A Japanese Olympic swimmer was caught having an affair. He’s now suspended for the rest of 2020. https://t.co/iTWJN9wH59

Seto has admitted to the affair and also resigned as the captain of the of Japan’s Olympic swimming team last month. Although he will be reinstated in time to compete in the Tokyo Olympics that are being held next year. However, he has lost sponsorship deals with the Japanese Olympic Committee and Nippon Airways.

In a statement released by his management company, Seto said, “I intend to sincerely give my full attention to swimming … so that I may regain the trust of my family, whom I hurt deeply with my irresponsible behaviour, and regain the acceptance of my family as well as all of you as a swimmer.”

Now after reading this, I started wondering what “love hotels” were. So I did some research. They are essentially short-stay hotels where people primarily go to indulge in sexual activities. They are found all over Japan but are considered very safe. Japanese culture never ceases to surprise me. Seto surely paid a heavy price for his visit to one of these.

However, we all know how particular Japan is about their reputation and image. It’s one of the most culturally-enriched countries but they don’t tolerate their athletes doing anything that will tarnish their image. Seto is not the first Japanese swimmer that has been suspended for an indiscretion of this kind.

Also Read: These Sportswomen Have Already Secured A Spot At The 2020 Tokyo Olympics. They’re Already Champions!

The Japan Swimming Federation has suspended Daiya Seto, one of the world’s top swimmers, for the rest of the year after a gossip magazine published evidence that he was having an extramarital affair.https://t.co/eErWfN4O2D

In 2014, the Japan Swimming Federation suspended Naoya Tomita,  a world short-course breaststroke champion, for 17 months after he was caught stealing a professional photographer’s camera from the pool deck at the 2014 Asian Games.

Four years later, at the Asian Games in Jakarta, four members of the Japanese men’s basketball team were sent home after they checked into a hotel with four women who they thought to be prostitutes. The players later were suspended from competition for one year.

Yep, those guys are strict. Although I can’t help but think what would happen is all professions started suspending people who were caught having extra-marital affairs or indulging in any illegal or frowned-upon activities. That would make cheating an extremely rare phenomenon. Do you agree with me?