Janhvi Kapoor’s ‘Gunjan Saxena: The Kargil Girl’ To Release Directly On Netflix. This Would Have Been Her First Big Release After Dhadak 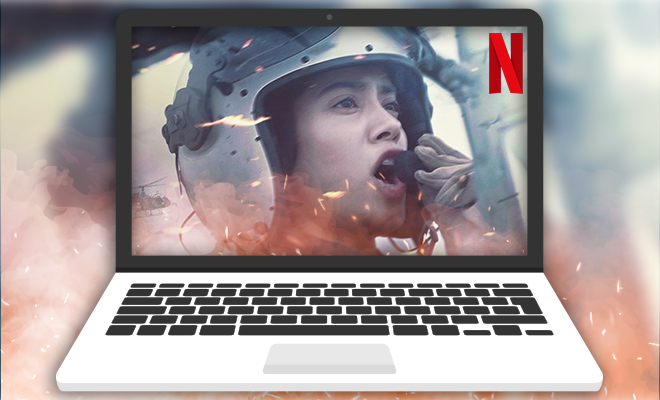 In today’s news about ‘the new normal’, we’ve got one more big banner movie opting for a direct-to-digital release rather than waiting for the cinema halls to open across the country. After Shoojit Sircar’s Gulabo Sitabo (starring Amitabh Bachchan and Ayushmann Khurrana) and the Vidya Balan starrer Shakuntala Devi biopic announced OTT releases (Amazon Prime Video India), it is time to add another to the list. Janhvi Kapoor’s Gunjan Saxena: The Kargil Girl, produced jointly by Dharma Productions and Zee Studios, will now release directly on Netflix.

The announcement was made on Tuesday morning along with a small teaser that showcased snippets from the life of real-life Indian Air Force pilot Gunjan Saxena, with a voiceover by Janhvi Kapoor.

In the caption, Janhvi talks about how this isn’t just another film for her, but a journey that has taught her to believe in herself.

Directed by Sharan Sharma, the eponymous film is based on the life of IAF pilot Flight Lieutenant Gunjan Saxena, who along with Flight Lieutenant Srividya Rajan became the first female and Indian woman airforce pilots in combat. During the 1999 Kargil War, these two IAF officers piloted small and unarmed Cheetah helicopters and managed to fly dozens of sorties for casualty evacuation missions. While they had never flown fighter jets before, they did conduct reconnaissance missions through an area where Pakistani soldiers would shoot bullets and missiles to bring down any Indian aircraft or helicopter in sight.

Back in 2016, when the decision was taken to induct female fighter pilots into the IAF, the real Gunjan Saxena had lauded it and told NDTV how she hopes the women thus inducted into the fighter stream give their 100% and touch the sky with glory.

Gunjan Saxena: The Kargil Girl was earlier slated for a March release and would’ve been Janhvi Kapoor’s next big screen release  after her debut, Dhadak. We last saw her in another Netflix offering, the horror anthology Ghost Stories, where her performance was praised. However, owing to the Coronavirus pandemic keeping the malls and cinema halls shuttered for some time now, a digital release seems like the next best thing. Of course, this shift from the big screen to OTT could be a tad demotivating for newcomers like Janhvi who are still at the starting line of their careers. Especially if a direct digital release means a drop in the moolah raked in. Besides, some will agree that a movie like Gunjan Saxena, with all its action and thrill, is made to be experienced on the big screen.

However, OTT does seem to ensure a longer shelf-life for movies and cajole even the most reluctant audience to give a film/series a watch which they otherwise might skip/be unable to catch in theatres. It’s probably why a lot of small-budget movies are opting for OTT releases rather than wait for the big screens to open.

Gunjan Saxena: The Kargil Girl also stars Pankaj Tripathi, Angad Bedi, Manav Vij and Viineet Kumar. Here’s looking forward to the announcement of the release date and this story of the gumption and glory!