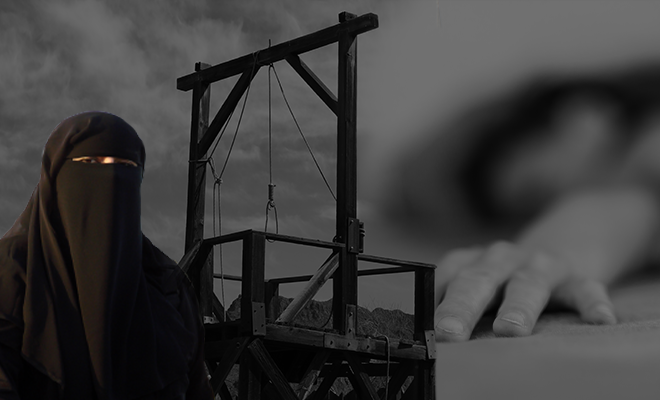 This Iranian Woman Was Executed By Hanging After She Had Already Died Of A Heart Attack. This Is Excessively Harsh.

One of the most debated topics in the world is capital punishment. While many believe that people who commit ghastly crimes don’t deserve to live, others argue that living with one’s crimes is a worse punishment than death and killing someone, despite their crimes, is well, unethical. However, today, we aren’t talking about whether capital punishment is the way to go or not. It’s a very subjective topic. We are talking about a country that doles out capital punishment to its criminals at the drop of a hat: Iran. More specifically, we are discussing the case of an Iranian woman whose lifeless body was hanged after she had already passed away due to a heart attack. And let me tell you, in this case, the punishment definitely did not fit the crime.

Zahra Ismaili was convicted of killing her husband, an Iranian intelligence officer. Her husband was supposedly abusive towards her and her daughter and she had merely acted in self-defence. Zahra’s lawyer, Omid Moradi, described online how on Wednesday, she was made to wait in the gallows behind 16 men and watch them being hanged at the Rajai Shahr Prison, west of Iran’s capital city, Tehran. After witnessing numerous executions first hand, Zahra suffered a heart attack and died.

However, that didn’t stop her execution. Zahra’s lifeless body was hanged from the noose so that her husband’s mother could exercise her right of kicking a chair from under her legs. This is so excessive. Not to mention, Zahra shouldn’t be on death row for killing an abusive spouse. Everything about this is just preposterous.

Omid Moradi, the lawyer of a woman recently executed in #Iran says she suffered a fatal stroke after witnessing 16 men being hanged & authorities hanged her dead body. #ZahraEsmaili mother of 2 was found guilty of killing her husband who was a high ranking intel official. pic.twitter.com/9tnNObXGyF

Also Read: In Iran, This Woman Was Arrested For Cycling Without Wearing A Hijab. How Is This A Crime?

Omid Moradi is said to have described the unfolding of these unfortunate events in a Facebook post. He claimed that his client, Zahra, a mother of two, collapsed due to a heart attack but was still hanged to allow her deceased husband’s mother to kick a chair from beneath her. In his post, he reportedly wrote, “It states cardiac arrest as the cause of death because yesterday 16 men were hanged before her eyes. Zahra’s heart stopped and she died before she was taken to the gallows. They hanged her lifeless body, and the victim’s mother personally kicked the stool from under her feet so she could see her daughter-in-law’s corpse on the gallows for even a few seconds.”

According to reports, this harsh and excessive punishment is granted under the sharia law of qisas which means ‘eye for an eye’. It’s a form of retributive justice that allows the victim or the victim’s family to kick the chair from under the culprit during the execution. This is barbaric.

First of all, if it isn’t cruel enough that they hung the lifeless body of a woman, she was on death row for defending herself and her daughter from an abusive husband. I understand that Iran is a country where women are denied even the most basic rights but what happened here goes above and beyond. Because why give women control, even in death. Also, I don’t know anything about the capital punishment laws in Iran but executing 17 prisoners in one day seems imprudent, almost tyrannical.

Iranian Artists Are Being Thrown In Jail For Going Against Government Regulations Against Women Singing And Dancing. What Kind Of Nonsensical Oppression Is This?