In Patna, A School Principal HAs Been Sentenced To Death Penalty For Raping And Impregnating An 11 Year Old. This Is Awful! 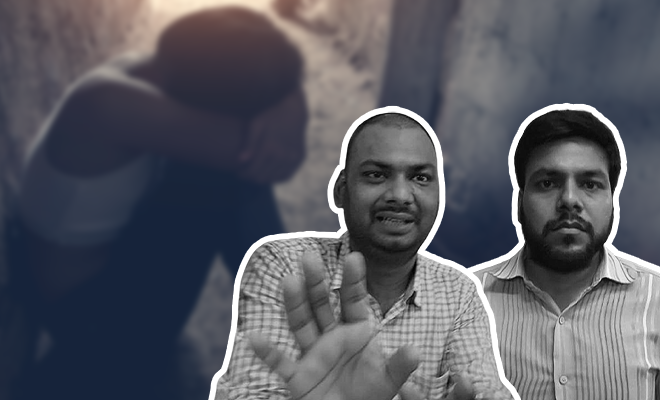 School is supposed to be an institution that provides a learning environment to kids, a space where kids can nurture themselves with knowledge and grow up to become able and educated human beings. What a school is NOT supposed to be is a place of harassment, bullying, or worse – crime. Parents, when they hand their children over to a faculty at a school, do it with the trust that their kids are in safe hands. They believe that in the presence of teachers, no harm would befall their children. But what can they do when the one harming them is the very principal of the school?

We are talking about the sickening case of a principal of school in Patna, who was recently sentenced to a death penalty after being charged with raping an 11 year old student.

Owner and Principal of the New Central Public School at Mitramandal Colony in Phulwarisharif, Patna, Arvind Kumar is accused to have committed this heinous crime against a naïve and innocent 11 year old girl, back in 2018. Reports shared that soon after the crime was committed, the little girl who was probably in 5th standard became pregnant.

The case was brought to light only after the victim started vomiting and upon check up was found to be pregnant. The parents of the victim then filed an FIR with the Women’s police station against Arvind and Abhishek on September 19, 2018 subsequent to which both were arrested.

The public prosecutor, Suresh Chandra Prasad revealed that the victim for the first time was sent to a room in the school building by Abhishek, under the pretext that the principal was checking her notebook. He said, “There was a bed in the room where Arvind raped her at least six times over a period of two months.”

Also Read : This 19-Year-Old Boy Raped A Girl In The Toilet Of The Gorakhpur Express Train. This Is Sickening.

Prasad then mentioned that the victim proceeded with an abortion at PMCH following permission from the special court. “The DNA sample was collected from her foetus and sent to forensic laboratory of state police. The DNA sample matched with that of Arvind,” said Prasad. It was after this that the bench decided to take extreme action the accused.

The court didn’t just sentence Arvind Kumar to death penalty but also ordered a compensation of Rs 15 lakh to be paid to the victim. The special court of ADJ-VI, Awadhesh Kumar, in Patna also slapped a fine of Rs 1 lakh on the accused. Meanwhile, Abhishek who was guilty of being an accomplice with the accused was sentenced to life imprisonment and subjected to pay a sum of Rs. 50,000 to the victim.

The accused school principal Arvind Kumar & his assistant teacher Abhishek were arrested. Hearing in the same case, the court convicted both https://t.co/J8ouSt8JFq

The court observed, “Considering the nature of this case against the main accused Arvind Kumar, who has committed rape with the victim, I am unable to impose the sentence less than capital punishment.” And nothing less than that would suffice either.

It is a disgrace that even educational institutions like schools and colleges are no longer safe for women and girls, and the fact that a school principal did that to an 11 year old girl makes us want to disbelieve in the existence of humanity.

Also Read : This 13-Year-Old Boy Raped His 7-Year-Old Sister Who Is Suffering From Down’s Syndrome