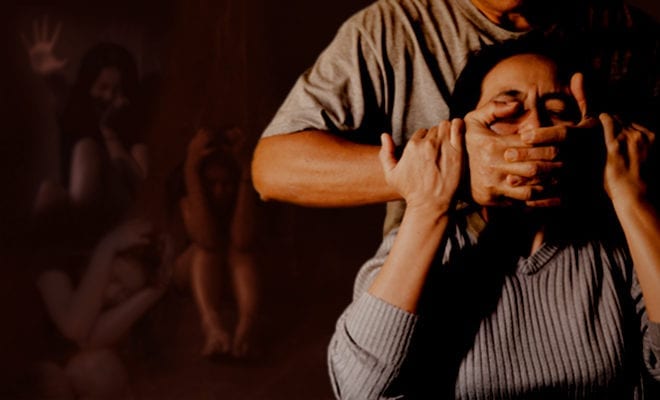 In Maharashtra, Man Forced His Wife To Get Abortions And Locked Her In A Room. All For A Son

I consider myself extremely privileged. I was born to loving parents who looked beyond my gender and raised me to believe I could do anything I put my mind to. Unfortunately, this isn’t the case with everyone. Most households in India don’t know how to appreciate their daughters. They are blinded by a raging obsession of having sons. And this fixation makes them do violent and inhumane things. Take this man from Maharashtra, for instance. He sexually harassed his wife and confined her, along with their three daughters, to the house for a year and a half. All this brutality because his wife failed to give birth to a son. It’s shameful and terrifying.

On Thursday, the police said that a man from Pandharpur city, Maharashtra, had been arrested for sexually harassing his 41-year-old wife. He had also confined her and their three daughters to the house for over a year and a half. According to reports, on Monday, the police raided the house and rescued this man’s wife and daughters. He has been arrested and charged with rape and other relevant sections of the IPC.

This gruesome matter came to light after the accused’s wife managed to throw an SOS note outside her house. Fortunately, it was found by a passerby who alerted the police. A police official said that the Nirbhaya squad of the Pandharpur city police surveyed the house and were able to rescue the woman and her three daughters from the grasp of their assailant.

Also Read: In UP, A Man Sewed His Wife’s Genitals With An Aluminium Thread After He Suspected Her Of Having An Affair

The way this woman and her daughters were treated is inhumane. As glad as we are that she was rescued, it’s important to remember that there are hundreds of other women living in similar circumstances because they couldn’t produce sons either. To get any kind of change to the condition of women, we have to first overturn this prevalent backward mentality.

In Maharashtra, A Man Murdered His Wife Because He Got Frustrated With Her Illness