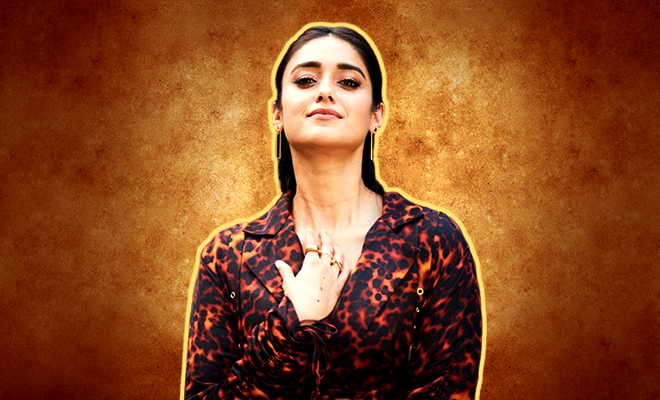 Ileana D’cruz Finds It Entertaining When She’s Trolled For Her Weight. We Could All Learn Something From Her

The thing with being a Bollywood celebrity is that it comes with a lot of perks. Swanky cars, gorgeous clothes, glamorous parties and of course the butt load of money they make. But just like everything in the universe, this too comes with its own set of strings attached. I think you’ll all agree, that being in the public eye opens you up to a world full of criticism, some of it harsh, some of it okay.

Now, I don’t know any of them personally, so we don’t know how they deal with it. Maybe that is why when Ileana D’cruz said it doesn’t affect her anymore and she actually finds it more entertaining than offensive, we want to tell her that is the spirit!

Just like most of our leading ladies, Ileana too began her career really young with the south Indian industry. After becoming a major sensation in Tollywood, she made the jump to Bollywood but only after waiting for a story that spoke to her. She made her Bollywood debut with Barfi, a movie that spoke to all of us! Though she has had a smoother journey than a lot of other actresses, she too has faced a number of hurdles along the way. She has worked with unprofessional co-stars, has been a victim of sexism and has also been disappointed by the narration of her own movies.

In an interview, Ileana revealed that she had also faced body-shaming and bullying from a very young age. She said, “I get annoyed when there’s warped pictures of me, where they will enhance certain things and make me look bigger than I actually am. If I have put on weight, it’s fine. But I have dealt with bullying since I was 13-14. That’s a vulnerable and sensitive age because you’re just starting to talk to boys. I have been harassed by my body type so much that I think I have heard it all. I just didn’t like it because I was looking at myself from that person’s perspective. People would be like, ‘This isn’t normal’, why do you have a body like that?’ I have reached that point where I’m happy. It’s entertaining and funny.”

Also Read: Ileana D’Cruz Talks About Weight Gain, Her Relationship And Why She’s Quiet About It. And We Should Respect That

Being body shamed is no joke, it affects a girl’s self-esteem and confidence. Unfortunately, almost all the women go through it at some point or another in their lives. But I don’t know a whole lot of women who can positively say that they are at a point where they can laugh it off. So, kudos Ileana! We hope that the rest of us can learn to deal with this ridiculous concept the way you do.

In the same interview, she was asked whether she was ever “propositioned” the way other actors and actresses have been. She replied saying that she wasn’t. She continued to say that maybe it was because her mother was her manager or that she was just so naïve that she never picked up on it. Do you know what the sad part is? I was surprised when I heard that. Asking for sexual favours is so rampant in our industry, it is astonishing when an actress says she hasn’t been propositioned. But, we have to say she really is one of the most confident, self-assured actresses out there.

On the work front, Ileana was last seen in Paagalpanti which released just now . She has yet to sign her next movie!