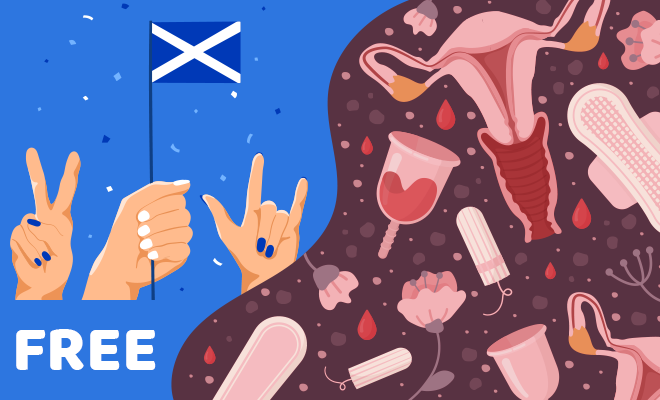 I have never understood why the concept of menstruation makes people uncomfortable even to this day. But I also don’t understand Tik Tok so… But you see, you can actively choose to disengage with Tik Tok. With periods, not so much.  It’s a natural biological process and trust me, if we had a choice, not one woman in the world would choose to go through it. Well, not monthly at least. But the point is that because the concept of menstruation is so stigmatised and surrounded by a sense of shame, people, all around the world, dismiss the emotional and physical suffering women have to go through because of it. And despite menstruation being something that most womxn go through, products meant to help during that time are expensive and even taxed. However, this isn’t something women in Scotland have to worry about because it just became the first country to introduce free universal access to period products. India has a long, long way to get there.

This is a conversation that has been going on since last year and Scotland made history by passing this bill, that decides the country will be the first to provide its women with free menstrual products.

This pioneering legislation will make it mandatory for menstrual products such as sanitary napkins, tampons and towels to be freely accessible to any woman who may need it. This entire campaign has been spearheaded by Monica Lennon who championed the issue when she was elected into parliament in 2016. The bill will be put to a vote today and if it’s successful, will turn into a law. This is just fabulous.

Pleased to have played a part along with many others, & inspired by @MonicaLennon7, in getting this Bill to where it is today: it will help improve the lives of many in our communities and bring dignity where there has been none. Scotland leading the way. https://t.co/OH2e6zYM9P

Monica Lennon, talking about the campaign and the bill said, “It means everything because I know how big a difference it will make to the lives of women and girls and everyone who menstruates in Scotland and will hopefully inspire similar action in other parts of the world. Since I’ve been elected, back in 2016, I’ve campaigned on this pretty much every day and I’ve been speaking to thousands of people across Scotland who have experienced the indignity of period poverty themselves and told me what that was like.”

Period poverty is a real problem in all the countries around the world and Scotland is the first one to successfully combat the problem. Now, all schools and colleges will be legally required to provide menstrual products for free. Monica said that the country will eventually reach a point where period products will be, “as accessible in a public bathroom as toilet paper”.

After the vote, Monica said that it was, “a signal to the world that free universal access to period products can be achieved.” Further adding, “Periods don’t stop for pandemics and the work to improve access to essential tampons, pads and reusables has never been more important.”

I am hoping that Scotland’s historical decision to make menstrual products free will influence other countries to follow suit. Scotland may be the first country to provide free menstrual products but let’s hope it’s not the last. Let’s end period poverty!