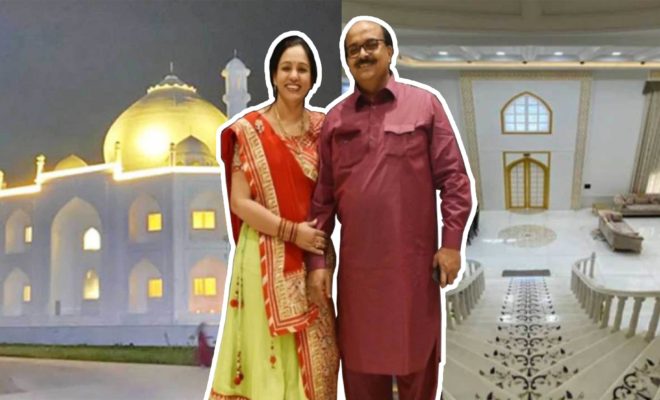 Husband Builds A House That Is A Replica Of Taj Mahal For His Wife. Waah, Kya Pyaar Hai!

I remember visiting Agra as a teenager. I was always into historical stories and so visiting Agra back then felt surreal. And like every tourist, I ended up visiting the Taj Mahal and I have to say that I was taken aback. Standing there in front of the monument that not only stood the test of time but also was the ultimate symbol of love in India, had me feeling as though there is so much more to love than we realize. For the longest time, people have gifted the miniature version of the Taj Mahal to their lovers but there is one husband that took it up a notch. Yep, a husband in Madhya Pradesh built a house that is a replica of the Taj Mahal and gifted it to his wife. If this is not love then I don’t know what is?

Anand Chokse from Burhanpur, Madhya Pradesh, built a four-bedroom house that is a replica of Agra’s Taj Mahal for his wife and gifted it to her. According to the reports, the house built by the husband took three years to build. 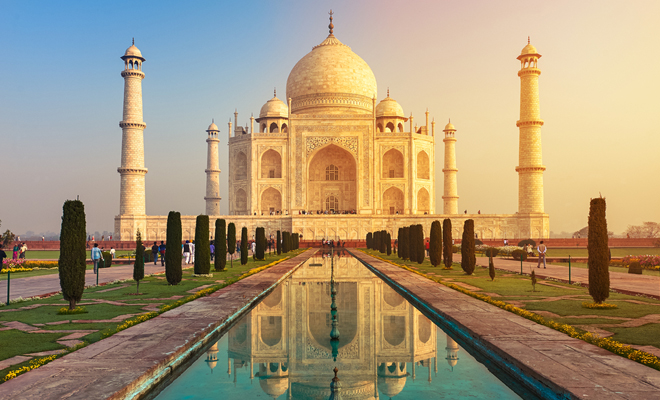 Just like the Taj Mahal was made by Shah Jahan as a symbol for his wife Mumtaz, the husband built the house in Burhanpur for his wife. The idea behind building the house in Burhanpur was that Mumtaz had actually died in that city. And according to historians, the marble mausoleum was to be built on the banks of the Tapi river but was later built on the right bank of the Yamuna river in Agra.

Also Read: Taj Mahal Becomes The First Monument To Have A Breastfeeding Room. We Say It’s About Time!

The husband, Anand Chokse, built the four-bedroom house with the help of an engineer who studied the real Taj Mahal. The engineer when spoken to said that there were many challenges he faced while building the house. He even revealed that he sought help from artists from Bengal and Indore to carve the inside of the house.

The house built by the husband has a dome that is at a height of 29 feet and also has floors like the Taj Mahal. The flooring in the house has been made from ‘Marana’ from Rajasthan and the furniture has been prepared by artisans from Mumbai. The house consists of a large living room, 2 bedrooms downstairs, 2 bedrooms upstairs, a library, and a meditation room. In fact, the lighting inside and outside the house is done in a way that it shines in the dark just the way the real Taj Mahal does.

In all honesty, I would visit Burhanpur, Madhya Pradesh to just get a glimpse of this house that is a replica of the original Taj Mahal. Also, I can’t imagine the kind of love the husband must feel for his wife, that he went ahead and built a personal symbol of love for her.