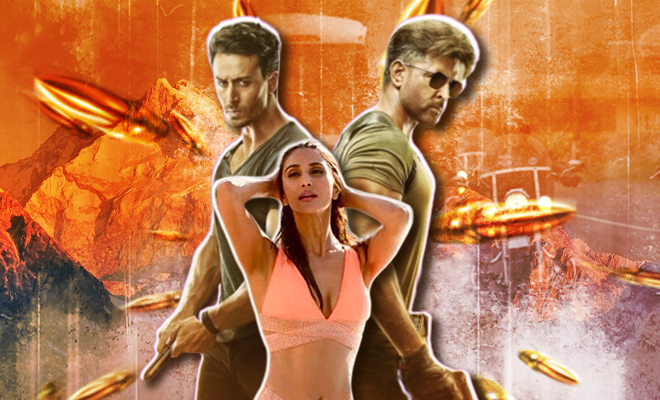 If We Were To Take A Shot For Every Time Vaani Kapoor Made An Appearance In The War Trailer, We’d Be Very Sober

My mother always tells me one thing. And regardless of the situation, it always seems like sound advice. She says, ‘Anyone’s basic nature can never be changed’. And for the most part, I end up using these words of wisdom to remind myself of how some people are incapable of change (read: ex boyfriend) this one came in handy while I watched the trailer of Hrithik Roshan and Tiger Shroff starrer upcoming film – War, too. Because if anything is true, it is that Bollywood’s basic nature cannot be changed either. Like that of using women as props in films.

Also Read : The Teaser Trailer Of ‘War’ Is Out And Even The Cars Got More Screen Time Than Vaani Kapoor

We say this after watching Hrithik and Tiger play an adult version of a Tom and Jerry chase in the two and a half minute trailer of the movie. Though for us, the real game play was to catch a glimpse of Vaani Kapoor, which we weren’t able to beyond those 10 seconds where we could see her enter in a feathered dress and vanish as soon as we blinked our eyes. Once again, Bollywood maintains its streak of using women as only fancy pieces of furniture or perhaps to add in some glamour in a song and dance sequence with either of the male leads.

And that is exactly what the problem is and has always been. Yes, women-dominated films have been dropping at the box office, but there will always be some that only use the title of a ‘female lead’ quite loosely and bung it in there for the purpose of, well, we are not entirely sure. For let alone equal, female actresses barely manage to get any screen time as compared to their male counterparts, especially when it comes to testosterone-laden movies like this one.

Just as in this trailer of the movie, where we can see the two male stars in numerous action sequences, dropping heavy dialogues and some power-packed punches, but not once do we hear Vaani Kapoor even say a word. In what establishes itself as a modern day version of a student fights master kinda story, we see more of cars and blood flowing here and there than we see Vaani Kapoor. Hell, the drape of her dresses are literally longer than her appearance in the trailer, and it is honestly annoying at this point. More for her than for us, we suppose.

And just to be clear, we don’t mind seeing two actors with the finest bodies in the industry, take their shirts off and go all guns blazing at each other,  but we’d hoped things had changed by now in Bollywood. Turns out, we are wrong. So we are going to continue to go two steps forward and take one back. Okay, then.

The movie is set to hit the theatres on 2nd of October and we are hoping, at least the final screening will do justice to having Vaani Kapoor’s name cast as the female lead and would have more of her than they do in the trailers and posters. Guess we’ll have to wait and find out!

Also Read : Vaani Kapoor Doesn’t Want To Look Sexy Because She Wants Her Talent To Shine. Why Can’t Both Go Together?