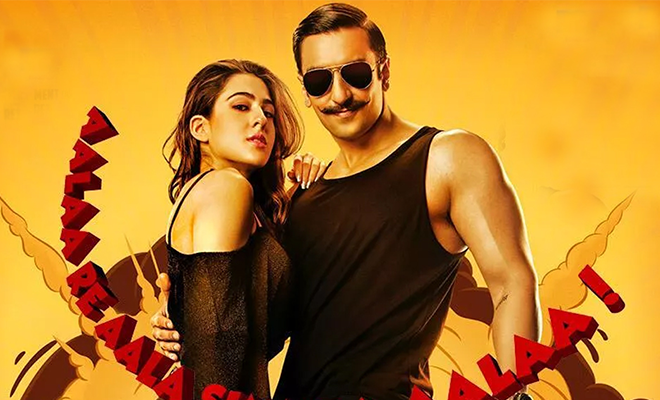 Sara Ali Khan is currently one of the most desirable debutantes of the crop of actors who is also adored for being one of the most humble and down-to-earth star kids. The Kedarnath actress has also been the face for several brand endorsements and is making all sorts of headlines for her professional life as well her with her rumoured link up with Kartik Aaryan. Sara Ali Khan has said that she always chooses films or projects that she would love to watch as an audience. The diva is a sucker for meaty films and wouldn’t mind doing more films of the same genre even if her screen timing is comparatively less.

Sara Ali Khan did her second film, Simmba right after the release of Kedarnath in the same year and both the films were really different. In Simmba, Sara Ali Khan had a smaller role and speaking of the same, Sara said, “The reason for which I have chosen to become an actor is the fact that I aspire for versatility in the genres of films that I do and in the kind of roles that I portray. I don’t think that you can necessarily have a lot of screen time in every single film that you are a part of. Sometimes you do films because there are certain directors that you want to work with or there is a certain genre that you want to be a part of.”

The talented actress is a huge Rohit Shetty fan and when she was asked on what drove her in doing the film she said, “I was very keen to work with Rohit sir (Rohit Shetty, director of Simmba) and I am a fan of his work. I think that it was a different opportunity for me after Kedarnath. I think that somewhere movie business is a collaborative one and there are films and stories that you want to be a part of even if you don’t have a lot of screen time. This is why I decided to be part of Simmba and Rohit sir was nice enough to cast me.”

Sara Ali Khan always wanted to be an actress and do films. In a recent interview with Harper’s Bazaar Sara opened up on her love for acting and Hindi cinema. She said,  “Having studied everything else in the mecca of education, I realised acting is where my heart and soul is. When I’m on camera, I don’t remember what I’m doing. I’m truly present, and reacting to what my co-stars are doing. As long as you’re aware of the character you are playing, in the hands of a director who has his eyes on you, and have a supportive co-star, there really isn’t much for you to do. You just have to really be on set, and react.”

Sara Ali Khan feels privileged to act in films and live her dreams. “There’s nowhere else I’d rather be. You pack me up right now, and where will I go? This is the best part of my day, the best part of my life. I’m privileged, thrilled, and honoured to be able to act. The minute you know what you really want to do, sleep, hunger, or anything else doesn’t matter. How lucky I am to be doing what I love,” Sara concluded.

Sara Ali Khan will next be seen in David Dhawan’s directorial, Coolie No 1 alongside Varun Dhawan!

Sara Ali Khan Loves Going On Bike Rides With Kartik Aaryan. If She Will Get Off, We Would Love To Clamber On