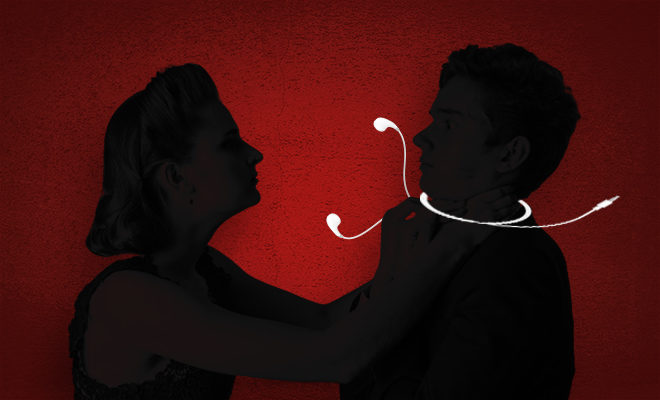 Right now, the world feels like a dark, dark place and with every passing day, as the crime rate is going up, so does the severity and the shock that comes with it. Fathers are attacking their children, husbands are killing their wives and now, brothers and sisters are at each others’ throats. We say this after coming across a chilling incident where a girl strangled her 9-year-old brother, all because he raised objection to her talking on the phone.

A 15-year-old girl has been accused of killing her own 9-year-old brother, and brutally so, after he raised objection to a long chat that she was having on the phone with a boy. This incident has occurred in Rae Bareli, Uttar Pradesh.

The reports share that the young boy was strangled by the girl with the help of an earphone cable, and after killing her brother, the girl went ahead to dump the boy’s body in their storeroom. This incident came to light on Monday.

The girl would often indulge in long conversations with guy on the phone whenever her parents were not around. And on Thursday too, as she gabbed away while her parents were away, her brother came and objected to it. One thing led to another and soon after getting into an argument, the boy allegedly attacked the sister.

It was after being attacked that the girl strangled her brother with a earphone wire. The very day, a missing person’s complaint was filed with the police and a search for the boy was launched. However, the next morning the parents realised that there was a foul smell coming from the store room, and it was then that they discovered the body of their deceased son.

The parents, in shock, filed an FIR against a neighbour whom they suspected, as the police detained the neighbour. But, during the investigation, the cops realised how the man they have detained had not committed the crime. Gathering more evidence and samples and running them in labs, the police finally found the real culprit – victim’s real sister.

As she was interrogated by the police, the girl ended up confessing to the entire crime. This happened in front of a child welfare official and her parents. As of Tuesday, the girl has been sent to the Juvenile home. It’s a shame that instead of just taking her stand, the girl took such extreme measures and took a life instead. A human life isn’t so expendable, and it’s time people realise that.

Also Read : A Man In Delhi Murdered His Wife In Broad Daylight Because She Wouldn’t Quit Her Job And Become A Housewife