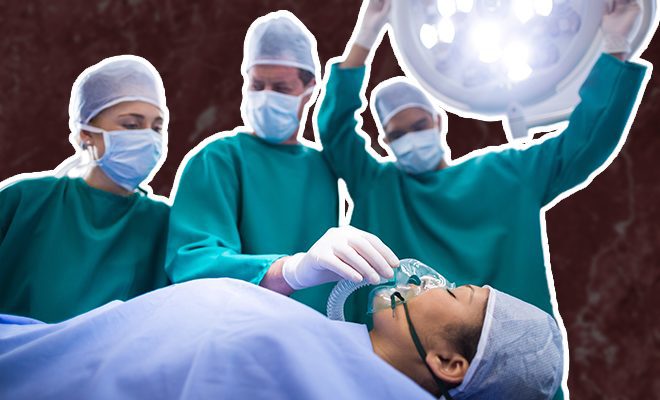 Mistakes are the only way we learn. And that is true for most of us, and we might be allowed to get away with it because our mistakes don’t potentially hurt other people. But when comes to doctors, mistakes can be fatal. Even though we understand that they are humans, their mistakes are risky and can become a question of life and death. For a doctor, every mistake counts, and there stands a chance of losing their license as well. But mistakes are inevitable. No one is perfect – not even doctors. In fact, in a recent case, a group of doctors performing a c-section left a cloth in the woman’s stomach, scary isn’t it?

Recently, there was a group of doctors, from Government Medical College in Shahjahanpur, who was accused of leaving a cloth in a pregnant woman’s stomach during a c-section. The woman identified as Neelam had given birth to a baby girl on 6th January.

Since then, the woman has been complaining about stomach pain. Her husband Manoj took her to private doctors for treatment but the results bore no fruit. Not having any other option, he took his wife to a private medical college and got a CT scan done. The CT scan showed that cloth had been left behind in her stomach.

After figuring out that a cloth was left behind by the doctors, the private medical college operated on the woman again to remove the cloth. The husband, Manoj, also filed a complaint against the Government Medical College in the Tihar police station.

The woman who had a cloth left behind by doctors in her stomach is currently getting treated in the King George’s Medical College and is in critical condition. The woman’s father also revealed that her condition is not improving and is on a ventilator.

The doctors perform a number of surgeries in a day and they are bound to make a mistake. But leaving behind a cloth in a woman’s stomach is a big mistake and for this woman, it means that she is struggling to live.