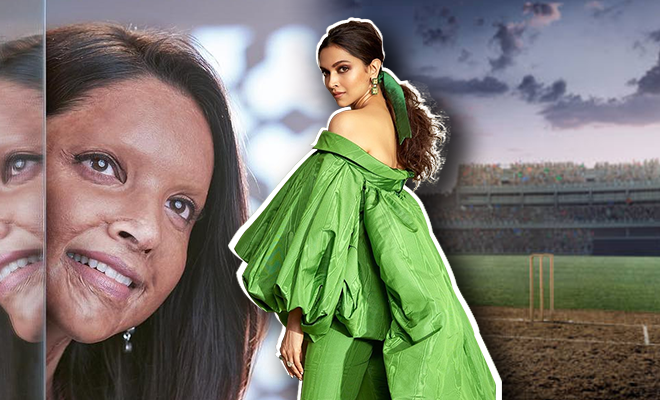 We know that actors put themselves through vigorous workouts to get into the physicality of a character. But relatively unknown is the fact that they also go through emotional transformations and often the character can stay with them long after pack up. Deepika Padukone recently wrapped up her maiden production, Chhapaak, in which Deepika Padukone essays the role of an acid-attack survivor, Malti, inspired by the real-life personality Laxmi Agarwal. Soon after that Deepika Padukone had to start shooting her next film, 83 alongside hubby Ranveer Singh in London. 83′, which Deepika is also co-producing, has Ranveer Singh playing Kapil Dev, the team’s captain, and she will be essaying his wife Romi Dev.

Also read: Deepika Padukone Opted To Play The Role Of Romi Bhatia In ’83, And Her Reason Is Deeply Personal!

Interestingly, 83 will be Ranveer Singh and Deepika Padukone’s first film together post-marriage and they will be seen playing a couple on-screen as well. We imagine the chemistry will be crackling. Deepika Padukone had less than 48 hours to switch from her character Malti to Romi as the dates were blocked and she had only a gap of two days between the shoots. The stunning actress, finished her last schedule of Chhapaak in Mumbai and the next day left for the shoot of ’83 in Glasgow, London.

“Deepika plays an intense character in Chhapaak, where she had to go deep into the life of Laxmi. Romi is completely different, so she had to let go of the emotional journey of the former and have a clean slate before starting her next shoot,” said a source. We were wondering how Deepika will do justice to both her characters in respective films, both of them being extremely different roles. But looks like Deepika had her way of doing it.  She chose to start cleaning her house to get back to normal from playing such an emotional character. We totally relate. It’s like a cleansing at a physical and emotional level.

Deepika shares that detaching herself from a particular role always takes a while especially if it’s an intense one. “In fact, I’ve always believed that a character never really leaves your system entirely. This time around, I took to cleaning and organising things around my home to help me cope with switching from Laxmi to Romi Dev in ’83. It helped me de-stress and clear my mind of any clutter,” she revealed.

Speaking about her character in 83′ Deepika Padukone said, “I play the role of Romi Dev, wife of Kapil Dev in the movie and she was instrumental in Kapil Dev’s success, especially when he was the captain. She was part of the support system and I feel connected to that. I always feel that in an athlete’s life the wife and family sacrifice a lot of their own dreams to support the vision of the athlete, the goals that they set and they end up sacrificing their own career. I have seen it in my own family. My mother had been supportive to my father in his career. I think to see the human side, to see what an important role family play in success of athlete I took up this role.”