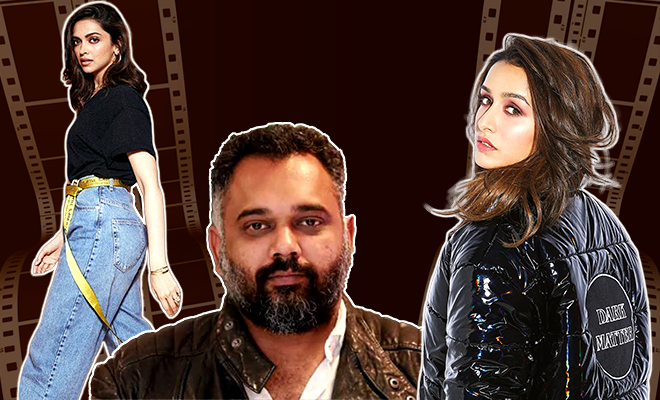 Over the years, Bollywood has gone through some really significant changes especially off-screen. It has become a lot more sensitive, women-inclusive and socially aware. Thankfully, we have moved on from ridiculous slapstick comedies and item songs. We are so happy the tides finally turned. A lot of this change can be credited to the #MeToo movement that gave several  women in the industry a chance to break their silence and talk about their experiences with sexual assault. Unfortunately, though, the movement itself fizzled out and while a few men were taken down, a lot of them continue to work in the industry without an iota of shame.

One might say the movement has been a deep disappointment and in some ways, they may be right. But sometimes, a few small incidents take place that leaves us with the feeling that maybe somewhere deep down, it did have an impact.

We are discussing the movement again because today, Luv Ranjan who belongs to the #MeToo accused tribe just announced that he will be working on a new movie that will release on March 26th, 2021. Reportedly, this love drama will star Shraddha Kapoor and Ranbir Kapoor. So, we are guessing everyone has forgotten that a bunch of young actresses had accused the Pyaar Ka Punchnama director of preying on them? That’s great.

Also Read: Deepika Padukone Working With #MeToo Accused Luv Ranjan Has Us And Twitter All Riled Up And Rightly So!

Luv Ranjan’s next to star Ranbir Kapoor & Shraddha Kapoor. Produced by Luv Ranjan and Ankur Garg, the film will release on 26th March 2021.

There is one thing we absolutely loved about this incident though. The fact that though Deepika Padukone was approached for this movie before Shraddha and Deepika stuck to her stand of not working with a #MeToo accused. She has set an example for everyone else in the industry and we really hope that all the actresses will follow in her footsteps. Kudos Deepika!

Let me give you a little recap of the situation. Earlier this year, Deepika and Ranbir were seen leaving Luv’s office. After that, netizens began to flood Twitter with posts asking Deepika to not work with someone who has allegedly sexually assaulted young actresses. There were so many tweets that the hashtag #notmydeepika started trending on Twitter. After that, Deepika released a statement saying she will not work with someone who has been accused in the movement. We are so pleased she actually kept her word and did not go through with this movie.

Also Read: Deepika Padukone Will Not Work With Someone Accused In The #MeToo Movement. We’re Glad She’s Taking A Stand

Super excited for this! 💜 https://t.co/UCCDRAA0Kw

Even though the movement died a rapid death, we can’t forget the fact that it happened. Agreeing to work with someone like Luv only gives him more power. Men like him begin to take movements like the #MeToo for granted and we really can’t have that. Shraddha, please take notes from the reigning queen of Bollywood.

A lot of actresses have acknowledged the #MeToo movement, Shraddha wasn’t one of them. Why she would choose to work with someone like Luv is beyond us. When she agreed to work with him, she negated the accusations of all the women who gathered their courage, put their own careers at risk and opened up about his horrific behaviour. Has she given this any thought at all?

We need to keep the movement alive and one of the ways to do that is to boycott all the men who were accused in it. It is important for them to know that their actions have consequences so they won’t even think of trying it again.

Shraddha Kapoor Is Our Underrated Style Star Of 2019. Here’s Why You Need To Pay Her A Lot More Attention