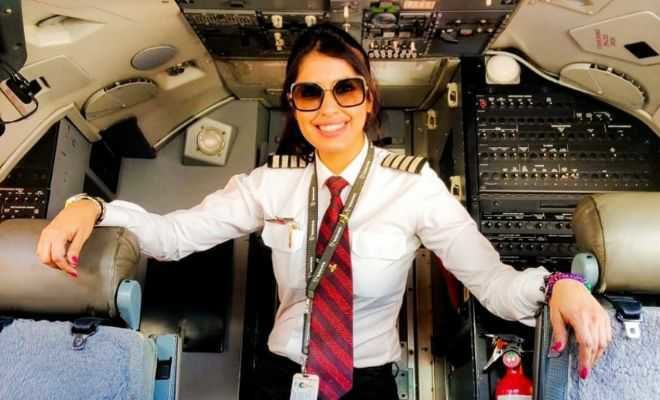 Who Is Monicaa Khanna, The Spicejet Pilot Who Skilfully Managed A Safe Landing And Saved 185 Lives?

We do not need superheroes if we have our heroes like Captain Monicaa Khanna. The captain is being praised by everyone for her bravery, skill, and presence of mind that led her to save approximately 185 lives. On June 19, Sunday, the Spicejet Boeing 737 took off from Patna to Delhi, whose pilot-in-charge was Captain Monica Khanna. Halfway through the journey Captain was informed by the cabin crew that one of the engines had been affected. Quickly taking the situation under control, Captain Monicaa Khanna switched off the engine and managed to have an “overweight landing” of the flight. Her bravery kept the passengers on board completely unharmed. Captain Khanna was accompanied by First Officer Balpreet Singh Bhatia.

Who is Captain Monicaa Khanna?

Captain Monicaa Khanna is a highly-qualified pilot who started her career in 2018 with Spicejet. The recent incident shows her sheer skills as a pilot. Captain Monicaa was the pilot-in-charge of the Spicejet Boeing 737. Looking her at the Instagram account, we know Captain Monica loves to travel and dress up when she is not in her work mode and is definitely an active social media user.

As per reports, currently, Captain Monicaa and Officer Bhatia have joined the investigation that is being conducted by the DGCA and by Spicejet too. They will also not be deployed for any flight operations for some days.

Captain Monicaa Khanna’s quick thinking during such an emergency situation is being lauded by the Twitterati. People are praising the pilot for taking the situation under control and saving 185 lives and she is everybody’s hero!

More people should know about Captain Monica Khanna's valiant effort to save the lives of 185 people. https://t.co/BmIZzzZ1np

Captain Monica khanna, the pilot in command today who saved 185 souls on board Boeing 737 operated by spice jet today at Patna!!! pic.twitter.com/xL3vXraT0a

This following picture of Captain Monica Khanna, the pilot in command of the SpiceJet flight SG723 ,which she landed safely at Patna airport after an engine fire soon after take off. So proud!
Kudos to her for saving the lives of 180 passengers. More power to her.🙏 pic.twitter.com/OAku2clRix

Also Read: Who Is Afreen Fatima And Why Was Her House Demolished By The Authorities?

We salute Captain Monicaa Khanna for showing us that real-life heroes do not need a cape, and superheroes do exist!