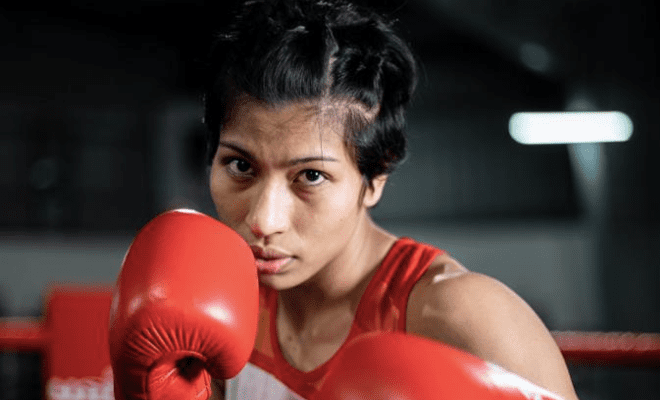 Politics is a part and parcel of our lives. Be it the government or the corporate world, politics is everywhere and there’s very little that we can do to avoid it. But what happens when politics come in the way of representation of India on an international level? Well, we’ve all heard about politics in sports and now, boxer Lovlina Borgohain has spoken up about it. Taking to Twitter, the Olympic bronze medallist revealed that she is being harassed by the authorities due to the absence of her coaches.

In her tweet, boxer Lovlina Borgohain alleged that her Commonwealth Games preparations are being obstructed which is causing mental harassment. She also accused the authorities of harassing her coaches. She stated that her coaches who helped her bag a medal at the Olympics are always being sidelined which in turn is affecting her training schedule. Borgohain went on to reveal that she had to plead with folded hands to get her coaches included in the contingent. The boxer shared that one of her coaches Sandhya Gurung who is also a Dronacharya awardee is standing outside the CWG village and is not being allowed to enter while her other coach has been sent back to India. She added that she is feeling harassed due to all this and it is also affecting her performance in sports.

The Olympics bronze medallist said that she does not know how to focus on her game with all this going on. Sharing that all the politics is affecting her training, Lovlina Borgohain said that she couldn’t perform well at the World Championships earlier due to all this and she does not want all this to affect her performance at Commonwealth Games 2022. The other coach that Lovlina is referring to is her personal coach Amey Kolekar who she wanted with her during the CWG but he did not feature in the long list.

Soon after her tweet, the Ministry of Youth Affairs and Sports jumped into action and urged the Indian Olympic Association (IOA) to immediately arrange for the accreditation for Lovlina Borgohain’s coach as her coach could not enter the Games Village as she did not have accreditation. Following the incident, IOA also issued an official statement regarding the same.

We have urged the Indian Olympic Association to immediately arrange for the accreditation of the coach of Lovlina Borgohain. https://t.co/6GhD72cvY4

Also Read: Sexual Harassment Has Been Listed As An “Unparliamentary Term”. Umm, Why?

Well, we really hope that all this comes to an end and this boxer from Assam so, she’s able to get us some wins at the Commonwealth Games 2022.