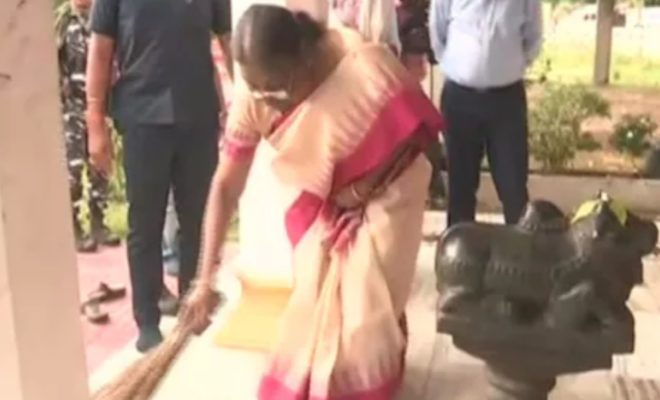 In India, the culture of seeking blessings from the almighty is imbibed in all of us. I am sure we all definitely do this before going ahead with any good work. There is a belief and faith in our Indian society that we do get positivity from our respective religious places and will we surely be successful in our ventures. BJP presidential candidate Droupadi Murmu also went ahead with this ritual before filing her presidential nominations in Delhi. She visited the temples in Orissa and also swept floors as a part of her religious services.

NDA-led BJP government recently announced its Presidential candidate, Droupadi Murmu who is the first tribal to be selected for this position. The historic announcement was made by BJP president JP Nadda on Tuesday. If she wins, India will witness its first tribal woman and second woman president. This possibility itself is a huge achievement for India and for Droupadi Murmu herself. The presidential candidate before taking such a big step in her life visited her hometown Orissa’s Rairangpur in the Mayurbhanj district, the place from where she was first elected as an MLA in 2000. 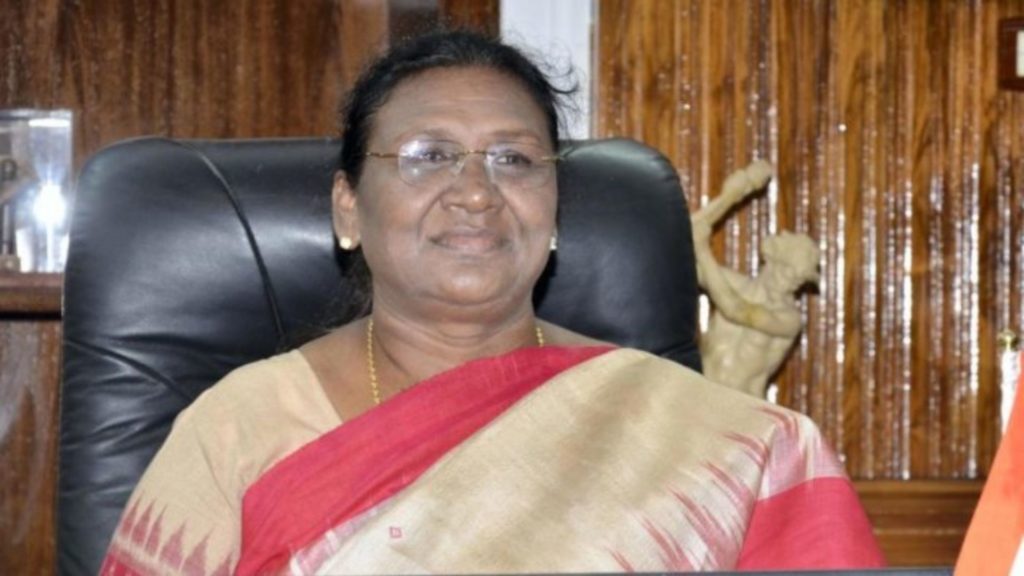 Droupadi Murmu, 64, visited the temples of Lord Jagannath, Hanuman, and Shiva in Rairangpur on Wednesday, accompanied by friends and family members, as per reports. She also swept the floors of the Purandeswari Shiva temple before praying. Droupadi Murmu also paid a visit to Rairangpur’s Prajapita Brahma Kumari Ishwariya Vishwavidyalaya. She was greeted warmly, and Rairangpur’s Brahma Kumaris expressed their excitement for her presidential bid. The presidential candidate’s neighbours also expressed their happiness.

The people from Droupadi Murmu’s hometown are really optimistic about her win, and the elections which will be held on July 18 will tell us the final results. However, it will definitely be a huge moment for India, if she wins.