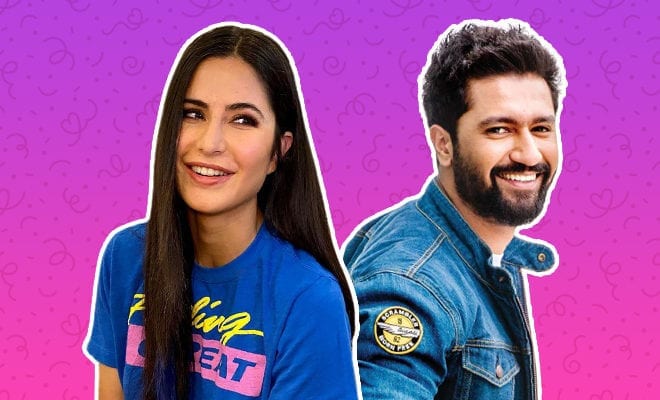 Are Katrina Kaif And Vicky Kaushal Gonna Make It Official? I Mean, They Know That We Know

Have you ever sat with your friends or family and discussed Bollywood couples and their past relationships? At least, formed opinions in your head? Like, Deepika Padukone finally found her companion or how you thought Ranbir and Katrina would not last? If you never did these things, where are your desi sanskaars? You have forgotten your Bollywood-obsessed Indian roots! But those who do keep a tab would know that Katrina Kaif and Vicky Kaushal are really bad at keeping their romance a secret.

Ever since their romance started, people started speculating a budding relationship. Initially, people were wondering if they are just crushing on each other, or dating casually. Will it lead to something substantial? Gradually, as their bond strengthened, they got clicked more, they got teased more and they were spotted together more often. So of course, at this stage, everyone is convinced that Katrina Kaif and Vicky Kaushal are dating, so why the suspense?

According to a report by Times of India, the buzz around town is that Katrina Kaif is keen on making the relationship with Vicky Kaushal official. She even told him to refrain from doing intimate scenes, sources say. Apparently, Vicky’s dad is not keen and has asked him to think it through. He is set to do The Immortal Ashwatthama alongside Sara Ali Khan and sources say Katrina is jittery about the potential intimate scenes they’d have.

It’s only about a social media post or an interview, the former seems easier, to confirm their relationship. That’s all. It’s the era of making your relationship Insta-official and if they are heading that way, we can’t wait.

Anyway, the couple has been all over the town and they probably know that we know they know. So, ViKat we are rooting for you guys to make it official. They were earlier spotted being cozy at the Ambani’s party. Vicky Kaushal, Katrina Kaif, and their respective siblings also had a fun vacation at Alibaug.

ALSO READ:Ranbir Kapoor Got Trolled For A Picture With Alia Bhatt. Frankly, It Reeks Of Jealousy

Even Karan Johar teased them and we all know he always has all the goss. When Kapil asked Karan about getting so scared during the shoot of their horror film that he clung to Vicky, Karan instantly apologized to Katrina. When Akshay asked why, he said, “Dekhiye inke ghar mein sab Kaushal Mangal hai.”

Well, the two seem to have been getting closer by the day and we wonder when the mystery will finally end.

ALSO READ:Woman Has Been Calling Husband “Baby” For Three Years ‘Cause She Can’t Pronounce His Name