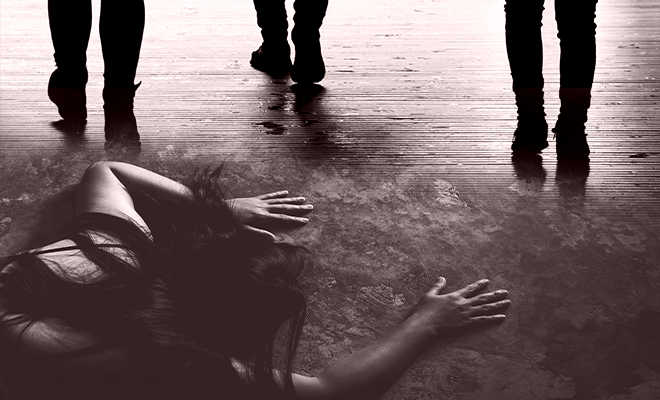 In Jharkhand, 3 Men Brutally Gangrape 50YO Woman After She Asked Them To Compensate Her For Injuring Her Goat

When you have spent enough years writing about trending stories everyday, especially with regards to women, the roster on the daily features 1-2 rape stories and it’s so normal, you don’t even blink. Worrying, but not surprising. But we are increasingly seeing that rape seems to be triggered by anything at all.  Almost every time you refresh your news feed, you find a shocking new story of a brutal rape case in India emerge as a headline, and this time around the victim was a 50-year-old widow, who paid the price of her naivety.

In the Chitra district of Jharkhand on Thursday, a brutal monstrosity took place, the kind that sends chills down your spine. A 50 year old woman was allegedly raped by three men, who went to the extent of using a steel tumbler to hurt the woman’s private parts.

DIG, Hazaribagh Range, Amol Homkar spoke on the matter and shared, “A widow was gangraped in Chatra district late night on January 7. After the incident took place, the police was informed in the morning and we have arrested two men. One is absconding and will be arrested soon. The woman’s private parts were injured.”

Also Read : In UP, A Priest And Two Aides Gangrape And Brutally Murder A 50 YO Woman, Breaking Her Ribs And Lungs

One might think that after all this time, after cases just as brutal as this, and even more, have been raised as national alarm, there might be a dip in rape cases but seems like nothing is putting a stop to such inhumane attacks on women, where their bodies are ravaged like they are no more than a piece of meat. Be it the Nirbhaya Case, the Kathua Case, the Priyanka Reddy case, women and their stories seem to just pile up one after the other, with new perpetrators coming to the fore everyday.

As of now, a case has been registered under IPC section 376 D (gangrape) while the victim who is also a widow, is being treated at a community health centre. Reports have further shared that she had stepped out of her house around 10 pm when the accused abducted her and was said to have gotten into an argument with the three accused (who are said to being drunk) before they attacked and raped her. The woman had alleged that the three accused had tried to enter her house earlier and in the scuffle, the woman’s goat was injured. She implied that when she asked for compensation for this from the men, they decided to teach her a lesson.

Superintendent of Police Rishav Kumar Jha and other senior police officials visited the area said, “The name of the third accused and other details of the trio cannot be divulged at the moment as an investigation is on.” We hope that the men responsible for such an atrocity are not just caught, but served rightly for their heinous actions.

After all, how many more women would have to be sacrificed and put subject to such brutality, before women’s safety becomes a genuine cause of concern?

Also Read : NCW Member Blames Badaun Rape Victim For Going To Temple Alone In The Evening, Takes It Back After Backlash.