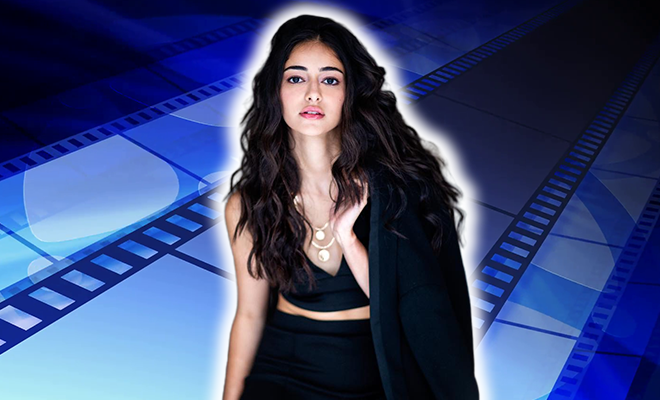 There are a lot of relationship situations that are difficult to deal with- cheating (hands down the worst one) lying, long distance etc etc. But one of the toughest situations to get stuck in is a love triangle, complicated, messy and sad- three things you want to avoid in life. Though it has been a popular theme in many Bollywood movies, can you imagine in being one yourself? I wouldn’t be able to deal with that level of drama. Though only two movies old, Ananya Pandey seems to have mastered the art of love triangles since both her characters seem to have the experience.

Since her debut earlier this year in Student of the Year 2, Ananya has quickly risen to fame. She played the character of Shreya- the mean popular girl in college who ultimately falls in love with the protagonist played by Tiger. Sequel to Alia Bhatt’s debut movie, this one was also received very well by the audience.

Now, Ananya Pandey is back with her second movie (she moves hella fast, right). Her second movie is the remake of Pati Patni aur Woh where she will be playing the ‘Woh.’ Now do you see what I meant by she has nailed love triangles? Kartik Aryan who plays the love interest Chintu Tyagi, is married to the gorgeous Bhumi Pednekar but gets swayed when Ananya’s character waltzes into his life. We are all but amazed at the originality of this story line. No one has thought of this before.

In a recent interview, Ananya talked about her journey while shooting Pati Patni aur Woh in Lucknow which has wrapped now. She says, “I’ve been swamped shooting for the remake of the 1978 classic Pati, Patni Aur Woh in Lucknow with Kartik Aaryan and Bhumi Pednekar. The two characters Bhumi and I play are feisty. They don’t give in easily. It’s so refreshing to play such a strong role.” It’s an interesting statement since this movie would make just character number two of her career.

We are hoping the characters played by Ananya and Karthik have the same goofy chemistry that they clearly share off screen. During the shoot, both of them were constantly sharing posts of all goofy things they did around on set, playing pranks and even throwing cake on each other when the movie wrapped, and boy did it look like they had fun. The movie directed by Mudassar Aziz  is all set to release in December 2019.

On the work front, Ananya has already started shooting for her third movie Khaali Peeli with Ishaan Khattar and Karthik Aryan is working on the sequel to Bhool Bhulaiyan.