Amber Heard’s Tapes Reveal That She Was Violent With Johnny Depp. Domestic Abuse Has No Gender 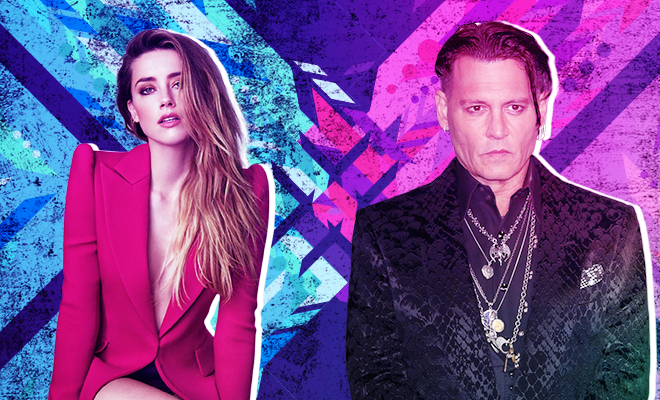 If you’re even passively active of Twitter, you’re probably aware of #justiceforjohnnydepp trending like wildfire. This is because ex-couple Johnny Depp and Amber Heard are back right in the middle of controversy and legal soup over domestic violence. And this time around, it’s Depp who is accusing Heard of inflicting violence on him during the course of their marriage. 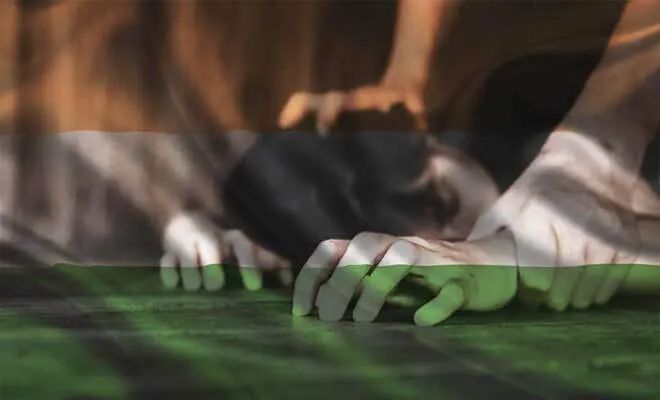 Pandemic ended but domestic violence did not!

It’s not like he didn’t accuse her back then but it’s only now that evidence has been released. In a leaked audio tape from 2015, Amber Heard admitted to being violent with Johnny Depp. You can hear them talking about a fight that took a physical turn and while initially, Heard is trying to trivialise the attack, later she admits to losing her shit.

“Babe, you’re not punched … I don’t know what the motion of my actual hand was, but you’re fine. I did not hurt you, I did not punch you, I was hitting you,” Heard said in the voice recording. We don’t know about the punch, but she at least admitted to having hit him. And that doesn’t make things any better.

However, at a point, Heard accused Depp of taking her for granted and it’s when Depp points out that she has been violently hurling objects at him. “You take me for granted,” said Heard. Depp replied, “It’s not true. It’s not true. I’m not the one who throws pots and whatever the f**king else at me.”

And then Heard doesn’t deny any of it, “That’s different. That’s different. One does not negate the other. That’s irrelevant. That’s a complete non sequitur. Just because I’ve thrown pots and pans does not mean you cannot come and knock on my door.” I mean, I really don’t think anyone will return to the person who just threw a heavy object at them but anyway.

This audio tape has been confirmed to be a real recording and Depp’s lawyer Adam Waldman has given a statement to USA Today. “The first confessional tape she made reveals a conversation any real abuse victim will recognize all too well. It exposes that Ms Heard perpetrated serial violence against Mr Depp, and then concocted an elaborate abuse hoax to cover it up. Ms Heard gives a motive for her violence: Mr Depp was always trying to ‘split’ to escape her abuse.”

Things have been really horrid between the two. In fact, Heard had written an opinion piece in The Washington Post in which she claimed to be a domestic abuse victim and accused her partner of several things, without really naming Depp. After that, Depp faced a lot of backlash and even lost his role as Captain Jacksparrow in the iconic Pirates of the Caribbean films. In March 2019, Depp filed a civil lawsuit against Heard seeking $50 million.

Having said that, Heard’s lawyer Roberta Kaplan didn’t deny that she physically violated Depp. But she argued that Heard too has been a victim of abuse. “The fact that a woman fights or talks back does not mean that she has not been the subject of repeated domestic violence and abuse. It’s a myth to say, as Mr Depp apparently is implying, that if Ms Heard slapped him, then she can’t also be a victim. That is just not true,” said Kaplan.

Back then, even Amber Heard had some trump cards up her sleeves, including a text conversation with Depp’s assistant Stephen Deuters. Heard wrote to him, “Obviously he has no idea what he did or the extent that he did it. If someone was truly honest with him about how bad it really was, he’d be appalled. I’m sad that he doesn’t have a better way to really know the severity of his actions yesterday. Unfortunately for me, I remember in full detail everything that happened.”

To this Stephen responded, “He was appalled. When I told him he kicked you, he cried. It was disgusting. And he knows it… He’s a little lost boy. And needs all the help he can get. He is so very sorry, as he should be.”

Amber had written back: “He’s done this many times before, Tokyo, the island, London (remember that?!), and I always stay. Always believe he’s going to get better…And then every 3 or so month I’m in the exact same position.”

ALSO READ: Shweta Tiwari Says She Doesn’t Care What People Have To Say About Her Getting Divorced A Second Time

At this point, both of them have accused each other of violence. Back then, everyone believed Amber and blamed Depp. Now, with the new evidence, people are back on Depp’s side. It seems like a see-saw and we don’t really know what side is the right one. One thing is confirmed that Heard did beat Depp up, but we don’t know if he did too, as she claims. Either ways, it’s a toxic relationship and irrespective of the gender, being violent is not acceptable. It shows the hypocritical nature of our society that when Depp had revealed this earlier, nobody believed him and he lost on a lot of opportunities because he is a man. Men too suffer from violence (at this point we don’t know if he hit him as well). When a man says his wife beat him up, we trivialise it. When a man says he got touched inappropriately, we trivialise it. If we really want a society where all of us are equals, we can’t be asking for equality and be unfair to other genders at the same time.