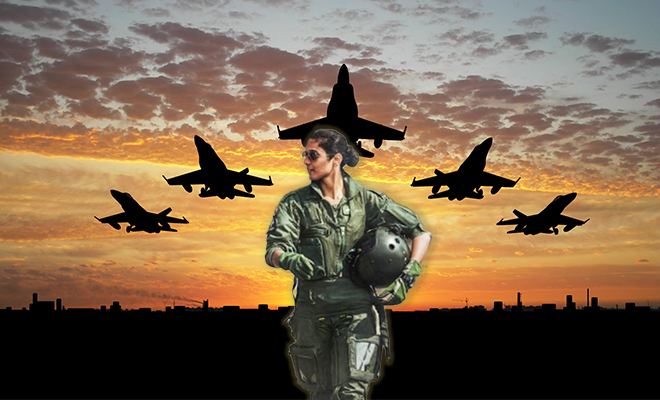 India’s gender equality quotient has never been very high, and honestly at this point, with the kind of issues that still plague our society, we can’t tell if it has gotten better or gone to the dogs. Gender-based crimes apart, we still see sexism inhibiting women from achieving their true potential. With a lack of opportunities and pay gap, it takes a woman much more to make it where a man can reach much more comfortably.

However, back in 2015, India witnessed a milestone decision where women were allowed to fly fighter jets in the Indian Air Force but as a five-year experiment. So some pilots had to prove they can fly fighter jets because they are women. And that is progressive? Something doesn’t add up here.

Anyway, it was still some progress considering we at least allowed women to get into combat roles. And now that IAF is all set to review the decision, Chief Marshal RKS Bhaduria said that it is likely that the tenure will be extended. “As far as the performance of women fighter pilots is concerned, the IAF is satisfied with their progress and we intend to extend this option (beyond five years). The response and performance of women who have joined the fighter stream has been very good,” Bhadauria said as quoted by Hindustan Times.

So, as much as I love the fact that some progress was made, I can’t help but think just how wrong all of this is. The fate of all these amazing fighter pilots depends on the decision of these men because those pilots are women. And even now, in 2020, we are still thinking whether women deserve to be in combat roles. Yes, they proved themselves, and as the chief said, it is very likely that this option will be extended but the fact that they have to do so much while the men of the same capacity don’t, proves how much misogyny exists in our culture.

I would like to believe it is the start of a reformation – slower than what we’d like but okay. It all started back in 2014 when Air Chief Marshal Arup Raha said that women by nature are “not physically suited for flying fighters for long hours, especially when they are pregnant or have other health problems.” Of course, this statement was enough to provoke the female officers who were already unhappy with the misogyny they were dealing with. The number of court cases demanding more equality in the defense forces increased and in 2015, this five-year-experiment was born.

Even Raha had realised that his mindset was wrong. “We have women pilots flying transport aircraft and helicopters. We are now planning to induct them into the fighter stream to meet the aspirations of young women in India,” he had said back then.

Avani Chaturvedi, Mohana Singh Jitarwal, and Bhawana Kanth, who were all in their early 20s then, became the first batch of female fighter pilots in India. The trio received the Nari Shakti Puraskar and spoke to ANI about how lucky they feel to be able to join the fighters’ team. “We are very lucky that we have got an opportunity to fulfill our dreams because when we joined there was no option for women to join fighters’ team,” said Avani.

For her gender really doesn’t come into play when it comes to flying fighter jets. “Being a woman and first does not matter much, being a fighter pilot matters,” Avani said. She further added, “There is no such thing as a difference in male officer and a female officer. We share the same syllabus and all other amenities.”

ALSO READ: The Centre Implies That Women In Commanding Positions In The Indian Army Might Bruise The Fragile Male Egos. Too Bad, Ask Them To Deal, We Say

We completely agree with her. Both men and women go through the same training, so why the gender bias? Hopefully, the review will give us permanent commissioning officers who are female. I believe the fact that we add “female” as a prefix to “pilots” itself exhibits the sexism. They are not female pilots; they are just pilots, right? And yet, they had to prove themselves in order to get an iota of equality. Hopefully, soon enough they will be called just fighter jet pilots and there won’t be a need to mention the gender. Like, I have never heard of their male counterparts being called male pilots. Meanwhile, let’s just celebrate the fraction of the reformation we just made.

ALSO READ: Supreme Court Says Women Officers Can Get Permanent Commission In The Navy. About Time!