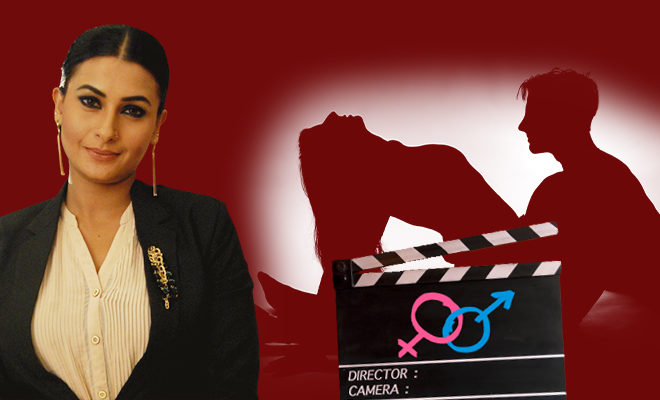 If we were to draw a comparison between the kind of Bollywood movies from back in the day, to the ones that come now, especially on the OTT platforms, it’s obvious that there is a world of difference. Where once a kiss used to be depicted with two flowers being gently rubbed together, now they show people kissing. Movies are raw, filled with realistic drama and intimacy. And while our current generation feels more connected to such content, now that it’s a staple in what we watch, there still are actors who aren’t entirely comfortable with it.

Pavitra Punia, a popular TV show actress who rose to fame after her gig in shows like Yeh Hai Mohabbatein and Naagin 3 is one such actress, who feels she is not ready to go all out on the screen. And while that should be her choice to make, turns out the industry is rather unforgiving to those who aren’t ready to comply.

She recently shared that despite getting widely popular after participating in Bigg Boss, she  has had to refuse a lot of work because they required her to do intimate scenes on the screen. Speaking about how she feels anyone who does it has a lot of “guts”, Pavitra opened up about her own inhibitions in doing so.

Also Read : Hauterfly Investigates: Pavitra Punia Played It Risky With An Ill-fitting Backless Blouse. Those Tie-Strings Stand Between Her And A Wardrobe Malfunction

Talking  to the Hindustan Times she said, “It has a lot to do with my roots as I come from Haryana. It doesn’t come from my heart that I have to be so open in front of the camera. Darr jati hoon main. I don’t have that confidence in me yet. I do believe that change is always good, and hope that there will be a day when I will be able to overcome this hesitation and fear.”

She continued to say, “I don’t like doing romantic scenes, or the ones where I have to reveal a lot of body, and consummation scenes. That is why I refused to be part of two web series recently. Dekhne mein achha lagta hai but dekh kar main hamesha se yeh sochti thi ke himmat chahiye aise scenes karne ke liye. It takes a lot of guts to do something like that.”

We agree with Pavitra, it does require guts to allow yourself to be vulnerable on screen, it’s got nothing to do with being from Haryana.

Also Read : 5 Most Popular Couples Of Bigg Boss And What They’re Up To Now