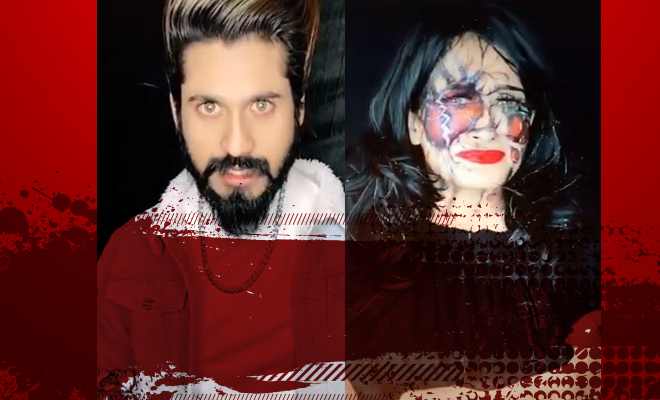 Here’s the thing, social media was created to help people connect better and propel the world into the future where ultimately everything will be digital (Black Mirror is going to be reality). Social media is supposed to help you share your life and your views with everyone around you and despite the millennial take on that, it’s a good thing. So, why are there always a few netizens who use social networking platforms to spread hatred and propagate concepts and ideas that are so heinous and violent?

We have all come across that occasional post, haven’t we? The post that desensitises rape or domestic violence, making it sound like it’s okay to mock these things. I just fail to see what the humour or the entertainment factor is when it comes to such horrid crimes. Anyway, I found such a post today and this gave me goosebumps for a second. The video that was originally shared by a TikTok user (seriously how has this platform not been banned yet?) not only glorified but also depicted an acid attack.

TikTok user Faizal Siddiqui, who has 13.4 million followers on Tik Tok BTW, shared a video that shows him throwing a liquid on a woman’s face for betraying him. The next shot is of the woman and the makeup done on her face looks the injuries a woman gets after an acid attack, it’s gruesome.

Also Read: Rangoli Chandel Revealed The Horrifying Details Of Her Acid Attack And It Will Enrage You. We’ve So Much Respect For Her

He is Faizal Siddiqui, memeber of team nawab and brother of Amir Siddiqui

Is he promoting Acid attack on girls??

FYI he has 13.4M followers on Tiktok

What kind of Social media influencing is this? pic.twitter.com/h83VQbSvv5

Right before throwing the liquid, Faizal says, “usne tumhe chod diya? Jike liye tumne mujhe chodha tha?” (the person you left me for, left you?) After saying this he proceeds to throw the liquid at her.

Acid attack is the most devious act, a horrible way to lash out against a woman for rejecting your advances. Just like this video depicts, revenge and bruised pride are usually the driving forces behind someone throwing acid on a woman. This video is outrageous for using an act that destroys not only a woman’s face but her entire life, to simply get views. I just don’t understand what Faizal was thinking when he made a video that shows acid attack like it’s are an acceptable thing to do if a woman leaves you for someone else.

Netizens are not happy with this video and it’s garnering a whole lot of backlash (needless to say). BJP leader, Tejinder Singh Bagga took it to Twitter and requested the chief of the National Commission of Women (NCW) Rekha Sharma to take severe action against Faizal for sharing a video that glorifies acid attacks like this. The NCW has taken cognisance of the matter and is working with the police and Tik Tok authorities to do just that.

Also Read: Kartik Aaryan’s New TikTok Video Shows Him Beating His Sister For Making Bad Rotis. Why Is He Tone-Deaf And When Did Domestic Violence And Misogyny Become Funny?

This video hit me with a sad realisation that no amount of schooling or awareness is enough for these men or, people, in general, to see that mocking crimes like an acid attack is no better than executing it. What kind of a vile person do you have to be to make a video that shows you throwing acid on a woman? It scares me.

It’s very shameful the lengths people will go to get just a few more likes, views and followers. It’s like they are absolutely nuts, forgetting what line not to cross when it comes to social media, especially when you have 13 million people following you. How this was not caught and reported under the scanner of the Tik Tok authorities I will never understand (the content makes me wonder if they have a scanner).

Listen to me and do it carefully- acid attacks are not funny or entertaining. And neither is rape, domestic violence or anything to do with hurting/abusing women. Why is it so difficult for people to understand this? It’s just that simple. So, please just stop making or circulating content like this. We are fighting tooth and nail against exactly this and the last thing we need is someone mocking these crimes.

It’s the unfortunate reality of hundreds of women and there is nothing even remotely amusing about it. Will they ever learn though?

TikTok’s Latest #AustismChallenge Is All About Mocking People With Disabilities. This Has To Be The Lowest TikTok Has Stooped.