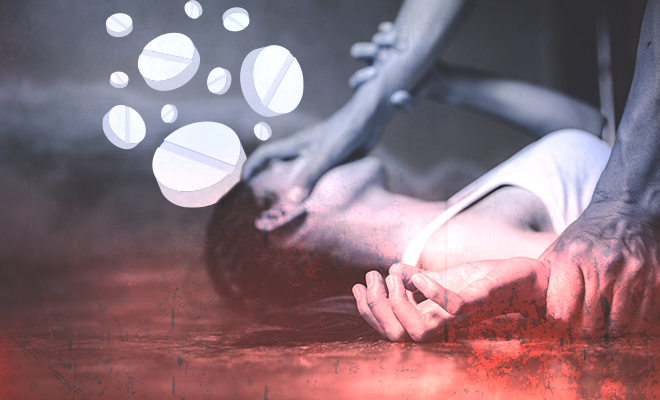 A Father Raped His 19-Year-Old Daughter After Rendering Her Unconscious. This Is So Sickening

For most of us, the concept of home is the place where we find comfort, safety and love. You see, girls are always taught that there is no place safer than within those four walls but that is not always the case. For some people, home is way more dangerous than standing all alone in the middle of a dark, deserted road or at a rave. It’s scary but it’s the reality for a lot of people.

Like this 19-year-old girl who was allegedly raped by her father on Tuesday night. Just thinking about this is giving me the chills. I mean, what kind of a father does this to his own daughter? It’s sickening, to say the least.

Allow me to give you some context. The 19-year-old girl lives with her 40-year-old father and stepmother in the Bangalore’s Haralur locality. She was suffering from a cough and a cold. When she told her father about this, he gave her some sleeping pills to render her unconscious. When the girl woke up the next morning, she saw her father sleeping next to her and noticed that she had been sexually assaulted.

Like any other girl would do, she tried to inform her stepmother about the monstrous act done by her father. The stepmother did absolutely nothing and chose to ignore her complaint.

Also Read: A Woman Got Raped Inside A Courthouse By A Staff Member In New Delhi. Women Aren’t Safe Anywhere

After that, the girl consumed a toilet-cleaning chemical in an attempt to commit suicide. When it didn’t work out, she rushed to the police station to report what had happened. However, she was taken to St John’s Hospital for treatment after she collapsed at the police station. The police are waiting for her to recover.

According to reports, the father has been arrested and the police are looking into the involvement of her stepmother.

However, I can’t help but think that if the girl herself had not gone to the police, this heinous crime would’ve never seen the light of day.

According to studies, more than half of sexual assault cases go unreported and ignored in India? This is due to societal pressure and people fearing the humiliation that rape brings to the victim and her family. For the life of me, I can’t understand how people come to the understanding that avoiding humiliation is more important than protecting women and getting justice of this horrific crime. If we can’t feel safe in our own homes, what are we to do?

In Coimbatore, An 11-Year-Old Girl Was Raped By Three Minor Boys In Her Own House. The Criminal Is Getting Younger