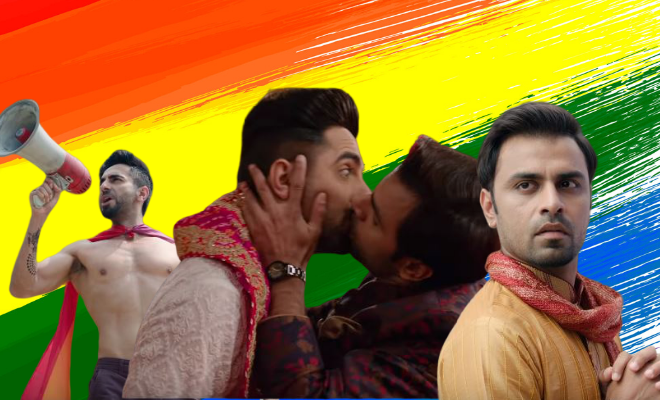 5 Thoughts I Had While Watching The Trailer Of Shubh Mangal Zyada Saavdhan. One Of Them Was About That Steamy Kiss

If anyone ever asked me what the cause I most believe in is, I would have to say the acceptance of the LGBTQ community. For centuries they have been ignored, ostracised and just downright disrespected all because they weren’t considered “normal” by “society”. Thinking about what each and every one of them has gone through just makes me want to cry and give them a hug. The good part now though, is that more and more are finally talking about this. The community finally has adequate representation which is what will change the tide.

And now, taking a step forward we have Ayushman Khurana’s Shubh Mangal Zyada Saavdhan . From what I could gauge from this brilliant trailer, the movie is about two men in love and their fight with their families. Here are five thoughts I had while watching the trailer, but before you check them out watch the trailer below:

Also Read: 5 Thoughts I Had While Watching Lagdi Lahore Di. One Of Them Definitely Was About Nora’s Love For The Ground