5 Reasons Why The ‘Veere Di Wedding’ Trailer Is Relatable AF 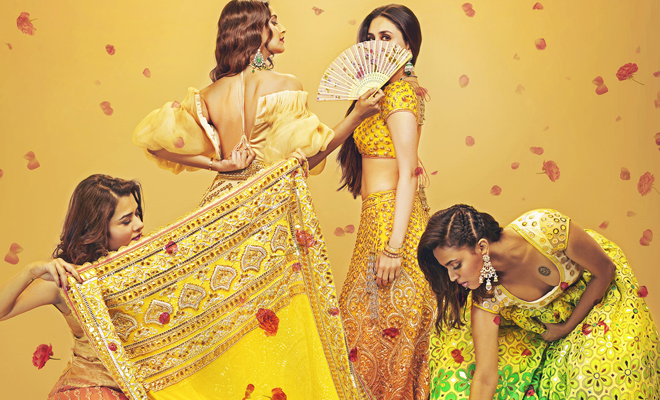 The girl-mance? Wo-mance? Whatever the female version of bro-mance, we finally have it with Veere Di Wedding. The trailer launched yesterday, and it was trending, almost immediately. A lot of women on my timeline shared it with the heart-eyed emoji, and everyone knows that that is the universal symbol for absolute love. So, yeah, the Veere Di Wedding trailer really resonated with women, and maybe some men too. We think there might be a few reasons we have fallen in love with the trailer. Here are 5 of them.

1. We finally have a female version of fun.

While men have had their moments in the sun with Dil Chahta Hai and Zindagi Na Milegi Dobara, we women had nothing. Zilch. Nada. The closest thing we had was Lipstick Under My Burkha, which while path-breaking wasn’t so relatable, but a great watch anyway. With Veere Di Wedding, we finally have it!

The modern Indian woman isn’t always talking in sanitised language. Surprise, surprise, the word f**k does feature in our vocabulary! And while we didn’t think it would happen (and we are worried this won’t make it past the censors), the women in this movie use the word, and other juicy cuss words without being apologetic. We think that’s f**king amazing!

Yes, some women aren’t afraid of commitment, like some men aren’t. But let’s admit it, most of us in this generation are freaking out when it comes to things like a wedding and settling down. Because we basically think we would suck at it. Kareena Kapoor’s character isn’t thrilled when she’s proposed to, which is so us.

The movie finally has characters that are not all one size. Of course, some would call it the token fat girl for diversity sake, but hey, it’s a step in right direction. You can also see her friends help her out with confidence when she’s shy in her swimwear. A big yay!

5. They aren’t as obsessed with the idea of a ‘wedding’!

Of course some women dream of their wedding. But also some women get overwhelmed, awkward, and hate the clothes they are being handed. And that’s true for a lot of us too. So Veere Di Wedding works for us. Because this is also a side to us. One that we are hoping more filmmakers are willing to show.

What did you think of the Veere Di Wedding trailer? Watch it here! Leave us a comment and let us know.