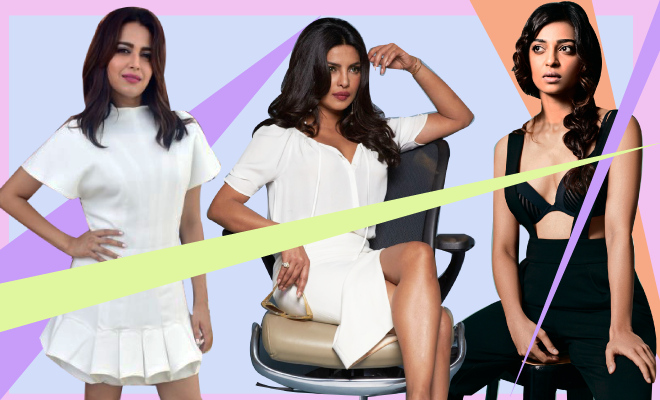 5 Celebrities Who Spoke Up Against Bollywood’s Casting Couch

Bollywood hasn’t really been vocal about the issues within the industry. Celebrities rarely stand up for a cause when they aren’t promoting a movie, and they almost never say anything against co-stars. However, there have always been hushed whispers about the exploitation of struggling stars and the favours asked of them. It’s the world’s worst kept secret. But the skeletons are tumbling out of the closet, and Bollywood is also starting to feel the heat of the #MeToo campaign.

In the recent past, the voices have started getting louder, and several actresses have spoken up about Bollywood’s casting couch. About time, we think. Here are a few stars who’ve either claimed that they faced it or attested to the fact that it exists.

Swara Bhaskar revealed that a Bollywood executive, who claimed to be a manager of a popular filmmaker, made unwelcome advances that she nipped in the bud. He apparently tried to kiss her and told her he loved her too. Weird and obnoxious!

Radhika Apte, who featured in a documentary called Bollywood’s Dark Secret, talked about her experiences with the casting couch in it. “The power play and the offering of sexual favours is a norm,” she says.

In 2017, Priyanka Chopra also talked about the dirty games that Bollywood gets away with. She said, “It is not about sex, it is about power. About putting a woman in ‘her lane’. For the longest time women have been told only one of us will survive. Only the best girl will get the job. But that just can’t be tolerated anymore.”

The outspoken actress has always been vocal about her opinions, and she didn’t mince words when asked about the casting couch as well. In an interview, Kalki said, “‘I must say, of course, it exists! It did try and entangle me in its grip but I am slippery, I always managed to get out of it. The minute I felt uncomfortable, I walked away!”

Tisca was offered a role in a film in her early days with a top director which, she was told by many, involved becoming his ‘bed squeeze.’ The actress was approached by the director on shoot, but Tisca dodged that situation. At least she’s willing to talk about it.

We’re certainly glad that these actresses have had the guts to come forward to speak about their ordeal. But it certainly doesn’t help the cause when women within the industry put down other women claiming that these stories are entirely untrue, like Saroj Khan did.