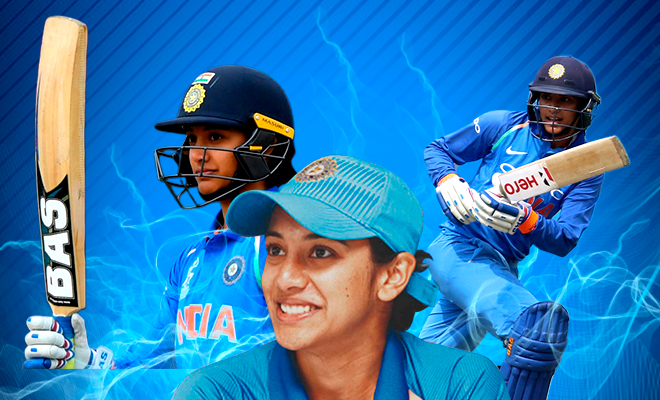 It makes me so happy to know that I’m living in the time of some of the most amazing Indian women who are creating history every other day. Especially in sports. I mean, have you seen our women perform at the Tokyo Olympics and Paralympics? Phenomenal, to say the least! But it is not only Bhavana Devi, Avani Lekhara, and others that are creating history, our Indian women’s cricket team opener Smriti Mandhana has also made it to the list. Yes, it was such a proud moment for her, her team, and all the Indians when she scored her maiden ton and became the first Indian woman to score a century in the D/N test.

Smriti Mandhana became the first-ever Indian woman to score 127 runs in a pink ball Test that took place on Friday. The one-off Pink Ball Test match was against Australia’s women’s cricket team. In fact, her century is also the first century scored by an Indian woman on Australian soil.

The Indian opener scored a total of 80 runs not out on the first day and managed to maintain her stance for the second day in Carrara, Queensland. It took Smriti Mandhana 171 balls to cross the century, and later she got out with a knockout score of 127!

Also Read: Smriti Mandhana Talks Pay Parity, Being A Sportswoman And More In This Tell-All Interview

The majority of the first, opening day’s play was ruined due to the rains but Mandhana managed to keep going irrespective of the fact that she was caught off guard with a no-ball in the 46th over. Smriti Mandhana scored her career-best in the Pink Ball Test in Queensland, Australia. And Twitter was full of praise for her, with tweets hailing the ‘Goddess of the offside’!

The Goddess of the offside.
Congratulations on your maiden test hundred @mandhana_smriti. First of many. Well played 👏🏻 #AUSvIND pic.twitter.com/nS6am012nL

Top class century @mandhana_smriti. Kick on and get a big one 👏🏻 #AUSvIND

The Maharashtra cricketer shot some of the most graceful shots to reach 80 off 144 balls. Smriti Mandhana throughout the match hit 15 boundaries and a six with that the Indian women’s cricket team finished on 132 for 1.

Her performance in the match has been exceptional. Smriti Mandhana has been a source of inspiration for many women who want to make a career in sports. And now the country knows why. Her dedication and hard work have gotten her so far. And I have no doubt that this is just the beginning for her, she has a lot more to achieve in the matches to come!