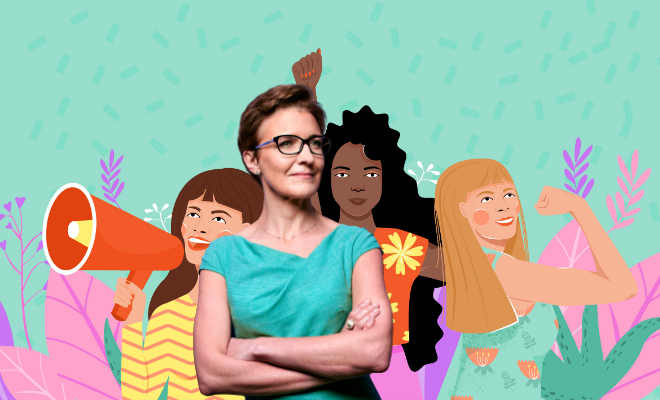 Jane Fraser Has Been Appointed The First Female CEO Of CitiBank. Here’s To Her Breaking Wall Street’s Glass Ceilings Like A Boss!

Call me petty, childish or plain sadistic, but you’d have to agree that there is a certain kind of a satisfaction when you get to prove someone wrong. Even more so, when that someone is an entitled, misogynistic and unnerving human, who had once admitted to never seeing a woman succeed them in their own career. Guess, the joke and the irony, both is on them after Congressman Al Green recently announced Jane Fraser is Citigroup’s first female Chief Executive. And not just that, but she’s also the first woman to break Wall Street’s glass ceiling. This is your cue to duck and take cover, misogyny.

In a powerful statement released by Green where he started by recalling a particular congressional meeting, he said, “On April 10, 2019 during a hearing before the House Financial Services Committee, I asked seven white, male megabank CEOs to raise a hand if they believed a woman or person of colour would likely succeed them. Not one of the seven raised their hand – including Citigroup CEO Michael Corbat. Today, 519 days later, Mr. Corbat has announced his plans for retirement, and Citigroup has named Ms. Jane Fraser as his successor, making her the first female CEO of a major U.S. bank.”

Leaving us women with a deep sense of pride, Jane Fraser is now being reckoned as the one who will bring a change in the system that up until now was only orchestrated by men. Getting in line with the big dogs, she is expected to take over her role in February, replacing Michael Corbat (one of may men who thought their shoes could ever be filled by a woman).

Breaking News: Citigroup said Jane Fraser would become its next CEO. She will be the first woman to lead a big Wall Street bank. https://t.co/hE0zf6UfNo

Also Read : A Woman Lawmaker From California Was Denied Vote Through Proxy, So She Did This. Don’t Mess With Women

Her appointment is ground-breaking or in this case, glass-ceiling shattering not only because of what it means but also because the #MeToo movement, while great in theory, also meant that women were hired less and promoted less. Especially in American corporate leadership.

Al Green further said, “Ms. Jane Fraser’s appointment is truly a positive step in a long journey; however, we still have a way to go to achieve diversity and inclusion across the many industries that comprise the whole of our nation.” Meanwhile, Fraser issued her press release stating how she feels honoured to have been promoted to this position of power.

Having more women in leadership positions is a key to gender equality. @Citi will welcome its first woman CEO, Jane Fraser. She will be the first woman to lead a big Wall Street bank. 👏
Via @nytimes
https://t.co/UfmomDvIeu

This appointment as the CEO of the fourth-biggest US bank puts her in a group of Wall Street CEOs that was earlier only reserved for and exclusive to men. And cracking her way into that, has earned her all of our support and our appreciation. And that sound of clapping and cheer you hear, is the sound of women breaking glass ceilings.