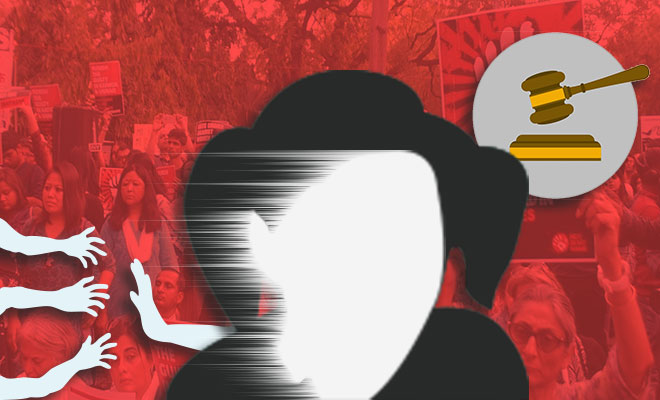 Finally, Justice Has Been Served In The Kathua Rape Case

There is a saying that goes for the flawed judicial system of our country, ‘Laws catch flies but let hornets go free’. And while we too second the words for far too many times the freedom of the wolves has meant death of the sheep, it may be so that justice has finally started to come around for heinous crimes such as rape and murder.  Because this time, the hornets were not just caught, but served what they deserved. This, in light of the recent judgment that passed for the Kathua Rape case that happened last year in January.

It was on Jaunary 10, 2018 that the nation woke up to the abhorrent crime of gangrape, torture and ultimately murder of an eight year old nomadic girl, Asifa Bano, in the Kathua district of Jammu and Kashmir. The girl was abducted in an attempt to terrorise the nomadic group she belonged to so that they would move out. A case that sent ripples down the spine of anyone who heard about it, one that caused gut-wrenching grief. A young girl was subjected to a gruesome crime because of the scuffle between a few men. This was then brushed under the carpet by the investigating officers. We couldn’t believe it then. Thankfully, justice has been served.

Justice for Asifa. #Kathua. The system does work.

Almost a year and a half later, after the case was fast-tracked and shifted to Pathankot, on June 10 2019, six out of the seven accused in the crime were convicted, while one was acquitted for lack of evidence. Amongst the sentenced was Sanji Ram, the mastermind and ironically the village head and caretaker of the temple where the girl was captivated for days, starved, raped repeatedly and then killed with a stone.  He was the same person who orchestrated this inhuman act and has been now sentenced to a life imprisonment of 25 years.

The others sentenced include Parvesh Kumar, friend of a nephew to Sanji Ram who was party to kidnapping the minor and raping her multiple times over. The nephew of Sanji Ram still awaits his dim fate as he will be tried as a juvenile for being a minor himself. What was even more heart-breaking was that even the police was party to this gut-wrenching crime. Special police officer, Surender Verma, Head Constable Tilak Raj and Sub-Inspector Anand Dutta are also sentenced serve five years in jail along with a fine of Rs. 25,000 for destroying evidence. Such are our law-keepers, the ones we look up to safeguard the interest of the public.

This case, was a revelation and a mirror to the current f*cked up state of affairs of the country, where these men felt powerful enough to execute something this heinous and hoped to get away scot-free. Mehbooba Mufti, who was the Chief Minister when the case was brought to light, tweeted, “Welcome the judgement. High time we stop playing politics over a heinous crime where an 8 year old child was drugged, raped repeatedly & then bludgeoned to death. Hope loopholes in our judicial system are not exploited & culprits get exemplary punishment.” As they did.

Justice may have been a fading light, but not this time around. Even though the nation as well as the parents of the little girl hoped for death penalties for the monstrous act, we made peace with the life sentence of the culprits. It saddens me to think that it takes crimes like these to shake the entire nation and make them see how desperately we are in need of a stricter law and order situation.

While the small community that Asifa belongs to has gone away to the mountains, we hope that this sentence offered them a ray of hope. That all is not lost. That a crime will get its punishment. And that no one is above the law.